…the death of our 2 party political system…
by Alex Hutchins

312 million people live in the United States, Alaska, and Hawaii and of that amount 234.5 thousand people are of voting age and anywhere from 30%-50% of those eligible to vote actually vote; however, there is absolutely no data available or has ever been attempted to be collected pertaining to how many of the non-voters actually “bitch” about the policies of this country; but, the last time I checked, we still have freedom of speech in this country whether one votes or not.

Highly educated PhD’s and those employed at “think tanks” across the country have written dissertations and white papers extolling or criticizing the policies of the United States both with and without her allies ever since the end of World War II; and yet, very little has changed in the way the United States has operated either domestically or abroad.  America’s promise to herself has always been to extend “her way of life” in a metaphorical handshake type-of-way while hypocritically criticizing other countries for acting the same damn way.
Similarly, very little has changed domestically with our two party system of government, highly influenced by lobbyists and campaign contributions from the wealthy and corporations who require Government intervention to successfully compete in the same league as their global counterparts. 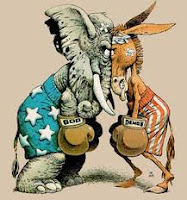 As far as the American public is concerned, our 2 party political process only addresses their needs when the squeaky wheel squeaks and then the squeaking must be long and hard as can be seen in the Occupy Wall Street Movement; yes, a movement it has become and like a slow moving lava field is methodically picking up support in every state and among all “walks of life.”  Underlying the movement’s un-unified, multi-faceted justification is the sad fact our 2 party political process no longer meets the needs of its various constituents regardless of their decisions to vote or not vote.  This political disgust is as self-evident as our inalienable rights and can embarrassingly be seen in how inadequate the “Select Committee” is, in deciphering our fate.  It is morally repugnant for these elected adults to flippantly “blow off” Americans because of their insatiable egos and impotent attractions to money.

In this writer’s opinion, our 2 political  groups:  Republicans and Democrats have FAILED and need to be replaced; and, until they are replaced, America will continue to lose her dignity and self-respect. 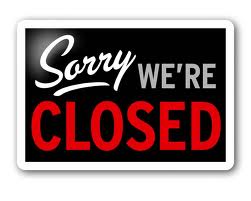 The very point that most people are disinchanted with both parties proves that we need a third party to strike forward with more charisma than a Ralph Nader.  But you know, I was so disgusted with the choice between Bush and Kerry that I did cast my vote for Nader.  I may have been the only one in Florida.  I think it's because Americans want to vote for a winner.  It's like watching a football game.  They are suckered in by Corporate greed that funds both sides guaranteeing little or no difference.  Wanna stop Obama from being successful?  Vote out the Democrats.  Or vice/versa.  Same shit, different day.  I, for one, am tired of it and believe the peaceful Occupy Movement is just the beginning.  Once the Republicans take enough cops off the street it will get violent like the Arab Spring.  People can only last so long getting lied to from both look alikes and never improving the lives for all Americans.  We concentrate our tax dollars on keeping the rich solvent at all cost and that my friend is a serious problem.
Victor
at 5:39 AM

It may come to a civil war but I hope not and if it did, would be short-lived, as the military, the alphabet agencies, law enforcement would roll over like a dog in heat.

The problem is not just GREED and POWER and POSITION, it is what those 3 have engendered on the rest of us in the sense of wanting to be like them.

Years ago, I had a friend who purchased a foreclosure that had 2 floors (but no basement) and he converted that house into 4 1-bedroom apts that he sold 3-5 years later once his deductions were increasing at a decreasing rate. The proceeds would allow him to do that all over again and again and again.

Our problem my friend, is our own AFFLUENCE and the fact that no one at any level wants to give up any of that.

We read about the rise and fall of other empires throughout history and their fate will soon be our fate as we are exhibiting all their symptoms.

So, here is my question: if this is our destiny and assuming that our future has already been seen, why help it along, why not just report what we see, feel, hear, think and enjoy the ride?

Saw a bumper sticker today, something to the affect that we should get rid of all 435 members of congress. I wish we had the no confidence vote like England and Canada do, in one fell swoop we could oust them all!