When the Continental Congress named Benjamin Franklin the first Postmaster General in 1775, the United States was a weak confederation of colonies scattered along the eastern seaboard. The postal system that the Congress created helped bind the new nation together, support the growth of commerce, and ensure a free flow of ideas and information. In the more than two centuries since, the United States and the Postal Service have grown and changed together. Today, the Postal Service fuels the nation's economy and delivers hundreds of millions of messages and billions of dollars in financial transactions each day to eight million businesses and 250 million Americans. The Postal Service is making history, too, as it helps lead the way in making the federal government more businesslike and responsive to customer needs. This is the story of the evolution of the Postal Service and the role it has played in the development of the United States. 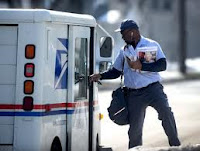 The USPO has had a colorful history with numerous transitions during its lifespan almost 237 years ago this July 26th.  Too detailed of a history to summarize in this post, so if you want to read more, click here.
Today, the US Post Office is referred to as the US Postal Service and has been fighting an uphill battle with its numerous competitors, the least of which is the Internet with emails quickly replacing mailing letters.  The USPS employs over 574,000, operates over 218,000 vehicles, and operates a post office in almost every city in the US at an annual operating cost of $100,000 for each office; and, since most of them are not even breaking even, numerous closures are imminent.

In my opinion, the most brilliant invention (for lack of a better word) was the creation of the 5 digit zip code that was later replaced by 9 digits which pinpointed the exact location of a residence or business or even an apartment and on which floor.  In 1962, the President authorized the USPO to looking into a coding system to deliver the mail and by July 1963, every address in the nation was assigned a 5-digit zip code but use of the zip code was not mandatory until 1967.


While the Postal Service does not have a creed or a motto (which is appalling to say the least), it does have a clever inscription on the James Farley Post Office in NYC, that reads:
Neither snow nor rain nor heat nor gloom of night
stays these couriers from the swift completion
of their appointed rounds
One would think that the USPS, aside from the fact that they are losing money, would be squeaky clean; I mean, what could a Post Office do that would get themselves into trouble?  Well, if you think like me, then, you would be just as wrong as I am because in 2002 the following was published:

“USPS Senior VicePresident Deborah Willhite resigned abruptly Friday amid allegations she used the federal mail budget to hurt the re-election chances of Arkansas Republican Sen. Tim Hutchinson. According to U.S. News and World Report, Willhite, the postal service's top lobbyist, pushed to have the budget of Arkansas post offices cut--and Hutchinson blamed. The dollars were to be transferred to Georgia's post offices, allowing supporters there to credit Democratic Sen. Max Cleland. The outcome of the Arkansas and Georgia races could tip the balance of power in the Senate.” 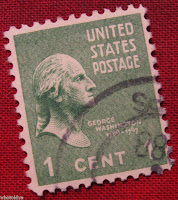 Email ThisBlogThis!Share to TwitterShare to FacebookShare to Pinterest
Labels: USPS