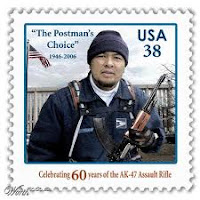 Going postal, in American English slang, means becoming extremely and uncontrollably angry, often to the point of violence, and usually in a workplace environment.  The expression derives from a series of incidents from 1983 onward in which United States Postal Service (USPS) workers shot and killed managers, fellow workers, and members of the police or general public in acts of mass murder. Between 1986 and 1997, more than forty people were gunned down by spree killers in at least twenty incidents of workplace rage. 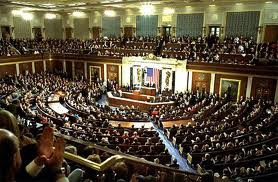 Federal Daily News
Lawmaker wants USPS revenue study made public
Mar 14, 2012
A Virginia congressman is asking the Postal Regulatory Commission to release a study that reveals the impact of mail service cuts and downsizing efforts on U.S. Postal Service revenue.
Rep. Gerry Connolly (D) filed the motion on March 13, noting that USPS has asked the PRC “to keep the study secret.” The motion argues that making that information public is particularly relevant in light of USPS plans to close facilities and legislation pending in Congress to restructure the Postal Service.
“It has come to my attention that the Postal Service doesn’t want the public to see the results of this study,” Connolly said in a statement. “In a competitive marketplace, you lose customers and revenue when you raise prices and reduce services. That simple fact has been missing from the debate.” 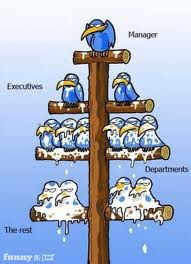 While the USPS is structured like a business, Congress often prevents it from actually operating like a private company, such as taking actions to reduce costs, improve efficiency, or innovate in other ways. The agency is also obligated by statute to provide mail services to all Americans, irrespective of where they live and the cost of serving them. It is required to deliver first-class mail at a uniform price throughout the nation.
Is it any wonder why the USPS is in debt? The USPS fiscal year 2011 debt was $13 billion and in the first quarter of fiscal year 2012; it had a $3.3 billion operational loss. The USPS can borrow money from the U.S. Treasury but its debt limit is set at $15 billion by federal statute. Thus, the USPS will no longer be able to absorb operational losses by the end of this year.
The USPS is losing billions of dollars annually because of declining mail volume and increasing labor costs. According to a U.S. Government Accountability Office (GAO) report , first-class mail volume peaked in fiscal 2001 at nearly 104 billion pieces, but has dropped by about 29 percent, or 30 billion pieces, in the last decade. For the first time ever, in 2010, fewer than 50 percent of all bills sent to Americans were paid by mail.
by Ralph E. Stone
Saturday April 14, 2012 - 10:34:00 AM

What are your thoughts about the fate of the US Postal Service?  Yes, it is flawed . . .  but, no worse than anything else in this country of ours.  Still, is this a service that our Federal Government should provide to her citizenry or not?  Is this another example of yet another right our Founding Fathers put into place because it served a purpose then, but no longer serves a purpose now?

Email ThisBlogThis!Share to TwitterShare to FacebookShare to Pinterest
Labels: USPS

It's in the Sanders Bill I wrote about earlier this week:

The House Bill still kept it in reserves and canceled Saturday delivery instead.