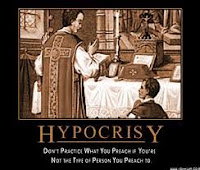 1. a person who pretends to have virtues, moral or religious beliefs, principles, etc., that he or she does not actually possess, especially a person whose actions belie stated beliefs.


2. a person who feigns some desirable or publicly approved attitude, especially one whose private life, opinions, or statements belie his or her public statements.


Origin:
1175–1225; Middle English ipocrite < Old French < Late Latin hypocrita < Greek hypokritḗs a stage actor, hence one who pretends to be what he is not, equivalent to hypokrī́ ( nesthai ) ( see hypocrisy) + -tēs agent suffix 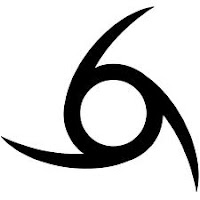 Global history, unfortunately, is replete with hypocrisy at all levels of government, business, and among the general population regardless of wealth and/or social status; however, American Hypocrisy is the most insidious because of the Democratic Role Model that we present to the rest of the world; and, when the rest of the world makes an “honest” attempt at really acting like us, we cry “FOUL” and ask the Union Nations to intercede on our behalf.


It is no wonder that the rest of the world has a healthy distaste for Americans, their politics, businesses, and their decadent life in general.  Americans, in my opinion, lead the “free world” in deception as we share information on a “need to know” basis.  This “need to know” concept is our license to LIE or to soften our exposure to telling a lie by only “withhold information.” 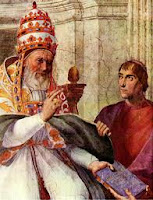 From our early Roman Catholic Popes who maintained apartments for their courtesans to Arab leaders who were purists when fighting the Christian world about the teachings of the Koran, yet took the time in private (it was later discovered) to celebrate Christmas to Presidents of America who secretly smuggled women into the White House while their wives on the second floor played with their children.

But, it is not the elite that have cornered the market of hypocrisy but the middle and working classes as well in American which is easily reflected in our songs, our literature, and our Hollywood movies: 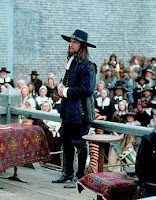 
The Scarlet Letter by Nathanial Hawthorne

But, let’s not stop there . . .
What about the hypocritical relationship you have with:
Even this author is just as guilty as you are.  It is simply the way the world has always been and the way people like you and me have always lived.
at 5:55 AM