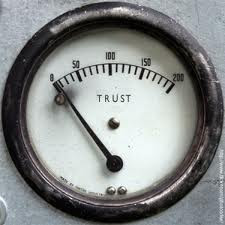 Trust me,
I am NOT from the IRS,
I'm a TSA Agent
by Alex Hutchins

According to Forbes there are six levels of trust


According to the Fordyce Letter, there are 4 levels of trust


According to home building solutions there are 3 levels of trust 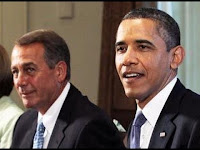 According to Nation Master, we keep statistical data on trust


According to Living Trust Network, there are all sorts of financial trusts, but that's another post.

According to the Free Dictionary, there are 8 definitions of the word TRUST (as a noun), listed below:


1. Firm reliance on the integrity, ability, or character of a person or thing.
2. Custody; care.
3. Something committed into the care of another; charge.
4.
a. The condition and resulting obligation of having confidence placed in one: violated a public trust.
b. One in which confidence is placed.
5. Reliance on something in the future; hope.
6. Reliance on the intention and ability of a purchaser to pay in the future; credit.

7. Law
a. A legal title to property held by one party for the benefit of another.
b. The confidence reposed in a trustee when giving the trustee legal title to property to administer for another, together with the trustee's obligation regarding that property and the beneficiary.
c. The property so held.
8. A combination of firms or corporations for the purpose of reducing competition and controlling prices throughout a business or an industry.


But according to Eric Christensen, in an article he wrote entitled, “We’re the TSA, trust us,” we are confronted with a whole new level of trust because while invading our privacy, TSA is theoretically supposed to make us feel more comfortable and secure living in the country – at least, time spent in the airports.  But, do we really feel more secure or do we simply feel violated? 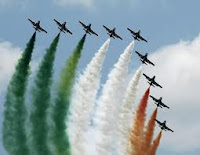 
What TSA should take into consideration but does not (it seems) is the fact that there is a sky Marshall on all flights and passengers where a majority of them are not likely to be intimated by a terrorist/hijacker.

TSA agents attempt to prevent items from being onto the airplane in the following categories: 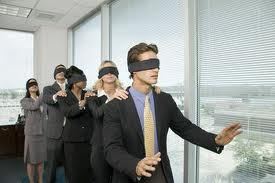 How many of these items are really
going to bring down an airplane?
at 5:44 AM