﻿
﻿﻿﻿﻿﻿﻿﻿﻿﻿﻿﻿﻿﻿﻿Recently on CBS This Morning, Charlie Rose interviewed former Governor of Florida Jeb Bush who, among other non-party comments, said “for every dollar of revenue there should be ten dollars in spending cuts.”  While making positive comments about both President Obama and Mitt Romney, he really distanced himself from both, indicating that the US was on an “unsustainable course of action” that would have to be serious dealt with in the next couple of years.

Curiously, I wondered if CBS This Morning was interviewing Jeb Bush to expand their base of viewers or if Jeb Bush was laying a soft foundation for a political future down the road because in response to Rose’s question about being a VP for Romney, he responded, “under no circumstances would I agree to do that…”

I personally do not give a “rat’s rear end” if Jeb Bush runs for President or not but what I do care about is the light bulb that turned on in my head after his comment was made.  Before I even start, I want to make a long story very short by making two “down and dirty” observations:

First – the Republican Party is for small government
and big business

Second – the Democratic Party is for big government
and small business

Of course there are hundreds of variations of extra ideas and concepts but basically the above is what the two parties believe and this is what, WE, as the voting/electing public must decide:  which of these two direction do we think is best for our country?

Let’s look at some numbers.

May 2012 Unemployment rate was 8.2% and taking into consideration the number of people who have stopped looking for work, it probably increases to about 20%.  In other words, 80% of our workforce is working and sustaining the rest of us with a little economic growth of a little under 2%.
Conclusion:  some progress is being made

Drilling down:
Conclusion:  Go to work in healthcare, transportation, or warehousing

USA Today reports that Corporate profits in the first quarter of 2012 rose 6.7%

So, why are these companies hoarding cash and not providing jobs at a time when our country desperately needs jobs? 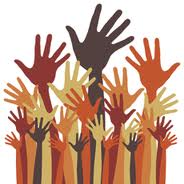 Is this a good example of exemplary Corporate Citizenship that is taught in Business Grad Schools across the country?

Here is where it breaks down for me, causing me to be suspicious of Republican Party ulterior motives because if they are the true party for Americans they why do the big businesses seem to be undermining and contradicting their comments, especially given what Romney’s been saying about having the right solution to “fix” the economy?

Now, I do not know how the rest of you feel but I do know that I am not totally in favor of big government, but at least the government is trying to help the people while it appears that the Republican Party and businesses seem to be helping themselves.