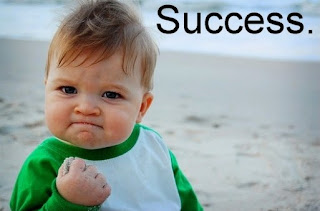 
There is an unwritten “rule of thumb” an unspoken policy (so to speak) that all employees, especially those in the ranks of management or white collar, that WORK comes first.  Upper Management does not really care how you prioritize the rest of your life away from work, but they (your employer) comes first.  Management is not concerned so much with missed birthdays of children or anniversary or even holidays, including religious as it is nothing personal, it is just business.  This is especially true for those who cater to the customer at nights and on the weekends or 24/7 as the saying goes.

Rather than try and fight this battle, you must either assume that this is simply the way it is going to be or accept the trade-off of a lesser position at a lesser company for a lesser amount of compensation.  It is possible for some to put family first but they are the exception and not the rule.


According to the First Amendment (Bill or Rights) of the US Constitution, Americans have “Freedom of Speech,” and while that is a nice thing to have (many in the world today do not have this), it does not apply in the workplace.  However, some companies do accept their employees playing the “devil’s advocate” role but even that can get carried too far and jeopardize one’s employment.

All employees have to be careful during the first 6-18 months of their employment because they are basically still on probation, but even after their probationary period is over, one must be very careful what one says and one must also be aware that this varies with position or title and among various people.


All companies have “grapevines” about which employees should be aware and it is there that you will discover when you can talk freely and when you cannot and to whom speaking freely is possible.  However, one should assume the default position is play your comments “close to your vest” as you would your cards when playing poker.


Not being consistent is not the same thing as “straddling the fence,” which is another error many Executives make for fear of being wrong.  Mistakes happen and you will have an opportunity to learn from your mistakes so that you don’t make the same mistake twice which is the real “sin.”  But, being consistent comes about when one is self-aware, and don’t confuse this with being self-confident or having self-respect because awareness is knowing one’s strengths and weaknesses so well that situational action become instinctive.

For instance, if you are going to “pad” your annual budget by 10% do so by that amount all the time – do not vary from 5% one year to 15% the next year so that you average 10% as that makes it difficult for Upper Management to plan accurately and that inconsistency could get you “fired.”


Treat all employees equally even though different employees will have different needs, all will know that you are treating them the same.  Try not to have “favorites,” because that undermines being consistent; however, there will be some who will be your “go to” people and the others will also know who they are and if you fairly distribute incentives then that consistency will outweigh everything else.