In a paper posted on the arXiv preprint server, Christof Wetterich (above), a theoretical physicist at the University of Heidelberg in Germany, has devised a different cosmology in which the universe is not expanding but the mass of everything has been increasing. Such an interpretation could help physicists to understand problematic issues such as the so-called singularity present at the Big Bang, he says.

Astronomers measure whether objects are moving away from or towards Earth by analyzing the light that their atoms emit or absorb, which comes in characteristic colors, or frequencies. When matter is moving away from us, these frequencies appear shifted towards the red, or lower-frequency, part of the spectrum, in the same way that we hear the pitch of an ambulance siren drop as it speeds past. 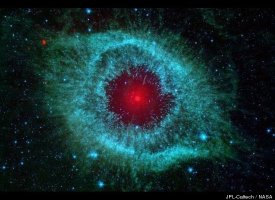 In the 1920s, astronomers including Georges Lemaître and Edwin Hubble found that most galaxies exhibit such a redshift — and that the redshift was greater for more distant galaxies. From these observations, they deduced that the Universe must be expanding.

But, as Wetterich points out, the characteristic light emitted by atoms is also governed by the masses of the atoms' elementary particles, and in particular of their electrons. If an atom were to grow in mass, the photons it emits would become more energetic. 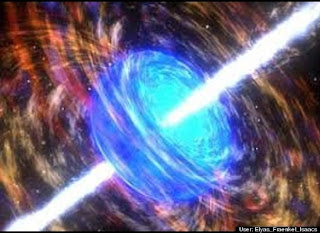 Because higher energies correspond to higher frequencies, the emission and absorption frequencies would move towards the blue part of the spectrum. Conversely, if the particles were to become lighter, the frequencies would become red shifted.

Because the speed of light is finite, when we look at distant galaxies we are looking backwards in time — seeing them as they would have been when they emitted the light that we observe.

If all masses were once lower, and had been constantly increasing, the colors of old galaxies would look red shifted in comparison to current frequencies, and the amount of redshift would be proportionate to their distances from Earth. Thus, the redshift would make galaxies seem to be receding even if they were not. 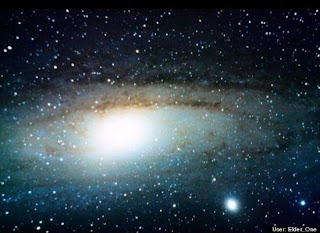 Work through the maths in this alternative interpretation of redshift, and all of cosmology looks very different. The Universe still expands rapidly during a short-lived period known as inflation.

But prior to inflation, according to Wetterich, the Big Bang no longer contains a 'singularity' where the density of the Universe would be infinite. Instead, the Big Bang stretches out in the past over an essentially infinite period of time. And the current cosmos could be static, or even beginning to contract.

So now, we could implode…  I guess?

Email ThisBlogThis!Share to TwitterShare to FacebookShare to Pinterest
Labels: Cosmotology