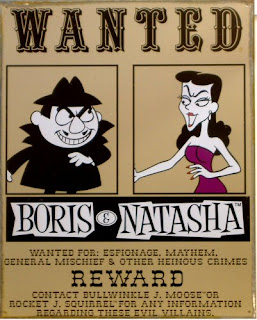 views Israel as one

of the top spying threats

A secret budget request obtained by The Washington Post from former NSA contractor Edward Snowden lumps Israel alongside U.S. foes Iran and Cuba as “key targets” for U.S. counterintelligence efforts. The document suggests Israel does not believe U.S. assurances that its interests are aligned with Israel's on crucial issues such as Iran and peace talks with the Palestinians.

“To further safeguard our classified networks, we continue to strengthen insider threat detection capabilities across the Community,” reads the FY 2013 congressional budget justification for intelligence programs. “In addition, we are investing in target surveillance and offensive CI [counterintelligence] against key targets, such as China, Russia, Iran, Israel, Pakistan and Cuba.”
The White House and the Israeli Embassy did not respond to requests for comment.

The revelations come as no surprise to Georgetown University's Paul Pillar, who retired as the national intelligence officer for the Near East in 1995 after a 28-year career in U.S. intelligence. Israeli spying, he said, has remained a major threat since U.S. citizen Jonathan Pollard received a life sentence in 1987 in a massive spying case that gravely strained relations between the two countries.

“Israel should be assumed to continue to have an aggressive intelligence collection operations against the United States,” Pillar said. While much information is collected through traditional political contacts, “I would personally have no doubt that that is supplemented by whatever means they can use to find out as much as they can about what we're doing, thinking, deciding on anything of interest to Israel, which would include just about any Middle Eastern topic.”

The issues of continued Israeli settlement construction and Obama's strong interest in reaching a negotiated settlement to avoid a confrontation with Iran over its nuclear program, Pillar said, are two issues where U.S. and Israeli interests “certainly diverge,” he said. Spying, he said, could give Israel “warning indicators” before any public decisions, and enable the country to put its “political machine in action” and get the United States to reconsider.

“If I were in [Prime Minister Benjamin] Netanyahu's shoes and had his perspective,” Pillar said, “I would spare no effort to try to collect every bit of intelligence I could, in secret as well as openly.”  He said the public revelations won't impact U.S.-Israeli relations.

“Everything is trumped by political realities,” Pillar said. “Don't expect any statement by the White House press secretary tomorrow that says, 'Oh my gosh, we are really upset with the Israelis for trying to spy on us'.

You're never going to hear anything like that, because politically it is hazardous for basically any American politician – and certainly an incumbent American administration – to underscore ... the divergence of U.S. and Israeli interests.”
at 2:00 PM