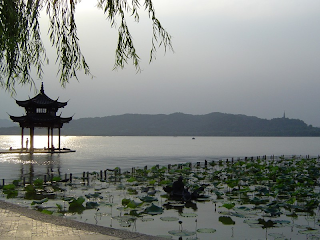 Nearly 20 million people in China could be exposed to water contaminated with arsenic, a study suggests.

Scientists used information about the geology of the country to predict the areas most likely to be affected by the poison.

The report is published in the journal Science.

Arsenic occurs naturally in the Earth's crust, but if it leaches into groundwater, long-term exposure can cause serious health risks.  These include skin problems and cancers of the skin, lungs, bladder and kidney.

Until now, estimating the scale of arsenic contamination in large countries has been difficult.
China is thought to have more than 10 million drinking wells, and each needs to be screened to establish whether any toxic compounds are present. This process could take decades.

Instead, researchers from Switzerland and China looked at geological maps of the country.

“What it is very important to do is to go to the areas that are hotspots and screen those first, ” said  Dr. Annette Johnson, EAWAG

Dr Annette Johnson, from the Swiss Federal Institute of Aquatic Science and Technology (EAWAG) and a co-author of the study, explained: "In the last few years the amount of geospatial information - electronic maps - that's become available is large. You have information such as climate data, land use, and distance to the river or elevation."

Using this information, and by looking at the types of rocks present in the country, and in particular their age, the researchers pinpointed the regions where the toxic element is most likely to be found.

Their findings suggest that 19.6 million people in China could be exposed to unsafe levels in their drinking water, including some living in areas not previously thought to be at risk.  Read more:
at 7:30 AM