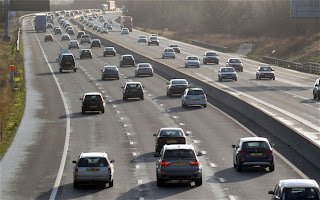 Under the proposals new cars would be fitted with cameras that could read road speed limit signs and automatically apply the brakes when this is exceeded.

Patrick McLoughlin, the Transport Secretary, is said to be opposed to the plans, which could also mean existing cars are sent to garages to be fitted with the speed limiters, preventing them from going over 70mph.

The new measures have been announced by the European Commission’s Mobility and Transport Department as a measure to reduce the 30,000 people who die on the roads in Europe every year.

A Government source told the Mail on Sunday Mr. McLoughlin had instructed officials to block the move because they ‘violated’ motorists’ freedom. They said: “This has Big Brother written all over it and is exactly the sort of thing that gets people's backs up about Brussels.

“The Commission wanted his views ahead of plans to publish the proposals this autumn. He made it very clear what those views were.”

The source claimed one of the reasons he was against the Intelligent Speed Adaptation (ISA) scheme is that the UK has a better road safety record than other European countries – with 1,754 people dying in road accidents last year compared to 3,657 in Germany.

The scheme would work either using satellites, which would communicate limits to cars automatically, or using cameras to read road signs. Drivers can be given a warning of the speed limit, or their speed could be controlled automatically under the new measures.

A spokesman for the European Commission said: “There is a currently consultation focusing on speed-limiting technology already fitted to HGVs and buses.

I find this curiously interesting because I wonder just how WELL it would be accepted in the US of A.  Probably, not very well at all; in fact, there are 3 issues that Americans do not take kindly to and that is their cars, guns, and speech.

I guess it has to do with freedom because integrity certainly does not factor into this since hardly anyone obeys the traffic laws anymore unless there is a policeman nearby.

This includes:  young, old, male, female, military. Clergy, and the handicapped just to identify a few groups.
at 7:30 AM