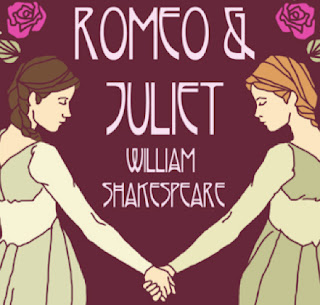 You’ve no doubt seen adaptations and derivations of Shakespeare’s Romeo and Juliet many times, both on screen and on film. But you’ve probably never seen it done the way that Philadelphia’s Curio Theatre Company is set to do it: with Romeo and Juliet as lesbian lovers.

Curio’s Romeo and Juliet opens on October 11th at Calvary United Methodist Church (those liberal Methodists!) in West Philadelphia. The show marks the kickoff to the company’s 2013-14 season, all of which explores ideas surrounding gender.

“I had been thinking that it would be interesting to do Romeo and Juliet as a same-sex production,” says Gluck. “And then a couple of months later, I happened to be in a Curio staff meeting when our artistic director says, ‘So, we’re thinking of doing a same-sex Romeo and Juliet.’ I jumped up and said, ‘Absolutely!’”

St. Clair says she was attracted to this version of the play because of its heightened sense of danger. “Not only is Juliet falling in love with the one person she cannot fall in love with,” observes St. Clair. “But she’s also falling in love with a woman, which is not only against the rules of the Church, but it’s also a surprise to herself.”

Antagonist character Tybalt, traditionally a man, is also being portrayed as and being played by a woman. “And there’s no Lord Capulet,” explains director Krista Apple. “Lady Capulet runs the house.”

It may be a lesbian version of Romeo and Juliet, but don’t expect any bawdy twists or lesbian sex scenes. Other than changed pronouns and other tweaks for the sake of practicality, the production is sticking to Shakespeare’s original text as closely as possible.

Some may see this all as a political statement. But Apple promises that it’s not.

“A few short years ago, casting the most classic of love stories with two women would have had to be, by necessity, a political statement in the United States,” Apple suggests.
at 2:00 PM