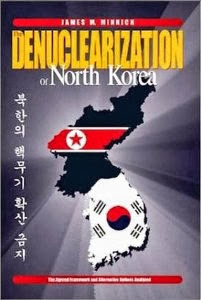 North Korea refused to sign a non-aggression pact that John Kerry, the US Secretary of State, offered last week on condition of denuclearization.

In a thinly veiled threat to strike the United States, the North's National Defense Commission (NDC), chaired by leader Kim Jong-Un, said the US government must withdraw its policy of hostility against the North if it wants peace on both the Korean peninsula and the "US mainland".

"(The United States) must bear it in mind that reckless provocative acts would meet our retaliatory strikes and lead to an all-out war of justice for a final showdown with the United States," a spokesman of the NDC was quoted as saying in a statement carried by Pyongyang's Korean Central News Agency.

"We emphasize again that the United States must withdraw various measures aimed to isolate and strangulate us. Dependent upon this are... peace and security, not only on the Korean peninsula but the US mainland as well."

The comments come after a two-day joint naval drill between Japan, South Korea and the US, which included an American nuclear aircraft carrier, sparked a series of angry responses and threats from Pyongyang.

On Friday the North slammed a naval drill by US, South Korean and Japanese warships as a "serious military provocation" and vowed to "bury in the sea" the American carrier taking part in the exercise.

The latest bellicose statement from the NDC demanded that the US lift sanctions against the North, stop the "constant nuclear blackmails" and various war drills. 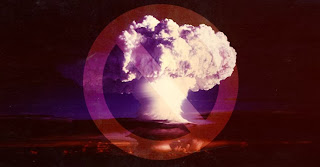 It rejected as "intolerable contempt" a US demand that it should show tangible commitment towards abandoning its nuclear programs if it wants substantive talks with the United States.

"The denuclearization of the Korean peninsula is an inalterable policy goal of the DPRK government," it said, but added that getting rid of such weapons should also include a total removal of US nuclear threats against the North.

The US and South Korea have long demanded that Pyongyang show tangible commitment to ending its nuclear weapons program before the six-party talks, which have been stalled for several years, can resume.

The North has said for years it wants denuclearization of the whole Korean peninsula and that it is developing a nuclear arsenal to protect itself from the US military, which occasionally sends nuclear-powered warships and aircraft capable of carrying atomic weapons.

In February the North carried out its third underground nuclear test in defiance of UN Security Council resolutions, sending tensions soaring and raising fears of possible conflict. It also launched a rocket in December that Washington said was a disguised ballistic missile test.

As well as the two Koreas, China and the US the six-party talks also involve Russia and Japan.
at 7:30 AM