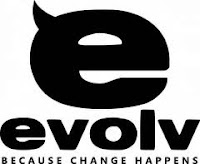 A handful of technology companies from Knack.it Corp. to Evolv Inc. are doing just that, developing video games and online questionnaires that measure personality attributes in a job applicant.

Based on patterns of how a company’s best performers responded in these assessments, the software estimates a candidate’s suitability to be everything from a warehouse worker to an investment bank analyst.

“People are our biggest resource, and right now a lot of them are mismatched,” said Brynjolfsson (left), who specializes in research on information technology and productivity and is an adviser to Knack. “If you put the right kind of person in the right task, it’s good for that person and it’s good for the company.”

The advent of the Internet has been both a gift and a curse to recruiters, who now can access a greater pool of potential workers yet also get inundated with too many applications to process.

The problem has been a lack of tools to quickly, cheaply and accurately sort through that deluge in an economy that has seen almost five years of above-7 percent unemployment.

“You have this enormous pool of people that’s being missed because of the way the entire industry goes after the same kinds of people, asking, did you go to Stanford, did you work at this company?” said Erik Juhl, head of talent at Vungle Inc., a San Francisco-based video advertising startup, and formerly a recruiter at Google Inc. and LinkedIn Corp. “You miss what you’re looking for, which is -- what is this person going to bring to the table?”

To aid that search, Juhl this month will begin using an online video game designed to track, record and analyze every millisecond of its players’ behavior. Developed by Knack in Palo Alto, California, Wasabi Waiter places job-seekers in the shoes of a sushi server who must identify the mood of his cartoon customers and bring them the dish labeled with the matching emotion.

On a running clock, they must also clear empty dishes into the sink while tending to new customers who take a seat at the bar.

Using about a megabyte of data per candidate, Knack’s software measures a variety of attributes shown in academic studies to relate to job performance, including conscientiousness and the capacity to recognize others’ emotions. Knack’s clients will also see a score estimating each applicant’s likelihood of being a high performer. 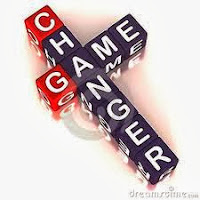 In a study last year, Knack piloted its technology with Royal Dutch Shell Plc (RDSA)’s GameChanger, a program that invests in entrepreneurs to develop their ideas into new products for the energy sector. Hans Haringa, an executive at GameChanger, wanted to see if Knack’s video games could predict who pitched the ideas that turned out to be successful.

“Knack built themselves a calibrated model with the capacity to predict innovative talents,” said Haringa, who added that GameChanger is considering adding Knack’s tool to select the right people in whom to invest. “It’s early days for the technology but it clearly has upside and potential.”

Home to a more widely-used human resources machine is Evolv, which specializes at evaluating candidates for hourly positions at companies including Xerox Corp. (XRX) and Harte-Hanks Inc. (HHS)

The San Francisco-based company administers an online questionnaire to applicants on behalf of its clients. A computer model translates those results into a traffic light for hiring managers so they can decide whom to interview: green for high-potential, yellow for medium-potential and red for risky.
at 2:00 PM

Email ThisBlogThis!Share to TwitterShare to FacebookShare to Pinterest
Labels: technology

hi..Im student from Informatics engineering, this article is very informative, thanks for sharing :)