Mark of the Beast

A Pennsylvania mining company sued by the federal government on behalf of a worker who refused a biometric handscan because he believes in the Bible's mark of the beast prophecy, said on Thursday that it supports religious freedom. 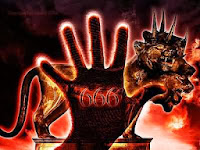 The Equal Opportunity Employment Commission filed a lawsuit against Consul Energy Inc, stating that Beverly Butcher Jr. had worked at the company's coal mine in Mannington, West Virginia, for more than 35 years, until he was required to use a biometric hand scanner to track his hours.

Consul, with headquarters in Western Pennsylvania, was accused of discriminating against Butcher, who repeatedly told mining officials that using the scanner violated his Evangelical Christian beliefs, given his view of the relationship between hand-scanning technology and the mark of the beast in the New Testament's Book of Revelation, the lawsuit said.

According to the Christian Bible, the mark is implanted on the forehead or right hand and symbolizes allegiance to the antichrist.

Though alternatives to hand scans were found for two employees with missing fingers, the EEOC claims Butcher was forced into early retirement because no provision was made for him.

"The focus is on whether the employer can provide an accommodation without incurring an undue hardship," Philadelphia EEOC regional attorney Debra Lawrence said in a statement.

The company on Thursday declined to comment on the lawsuit but said it did its best to accommodate religious beliefs.

"In appropriate cases we make reasonable accommodations to address any conflict with sincerely held religious beliefs," said company spokeswoman Lynn Seay in a statement.
at 7:30 AM