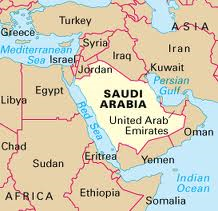 Saudi Arabia on Friday rejected its freshly-acquired seat on the U.N. Security Council, saying the 15-member body is incapable of resolving world conflicts such as the Syrian civil war.

The move came just hours after the kingdom was elected as one of the Council's 10 non permanent members on Thursday night. It also followed another gesture of displeasure from the kingdom in which Saudi Foreign Minister Saud al-Faisal (below) declined to address the General Assembly meeting last month. 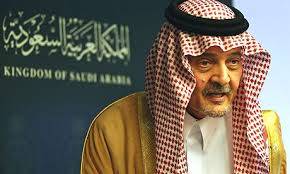 The Saudi discontent stems from its frustration with longtime ally United States. The two are at odds over a number of Mideast issues, including how Washington has handled some of the region's crises, particularly in Egypt and Syria.

It also comes as ties between the U.S. and Iran, the Saudi's regional foe, appear to be improving following a recent telephone conversation between President Barack Obama and Iran's new president, Hassan Rouhani.

In a statement carried by the official Saudi Press Agency, the Foreign Ministry said Friday the Security Council has failed in its duties toward Syria.

It said this has enabled Syrian President Bashar Assad's regime to perpetrate the killings of its people, including with chemical weapons, without facing any punishment. The Syrian regime denies it has used chemical weapons in the war.

The kingdom, which has backed the Syrian rebels in their struggle to topple Assad, has often criticized the international community for failing to halt Syria's civil war, now in its third year. According to U.N. figures, the conflict has so far killed over 100,000 people.

Saudi Arabia is also frustrated that the U.S. backed away from launching punitive strikes against Assad's forces after Damascus agreed to allow inspectors from the Organization for the Prohibition of Chemical Weapons and the United Nations to destroy its chemical weapons arsenal.

The kingdom easily won the Security Council seat in a vote in New York on Thursday, facing no opposition because there were no contested races for the first time in several years.

The Council seats are highly coveted because they give countries a strong voice in matters dealing with international peace and security, in places like Syria, Iran and North Korea, as well as the U.N.'s far-flung peacekeeping operations.