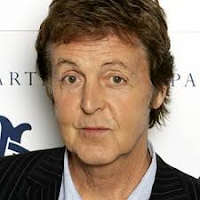 It's too tedious to list all Sir Paul (age 71) has done in the past five years, but let's pick some highlights: two trips to the White House for prizes (Gershwin Prize for Popular Song, Kennedy Center Honor), off to Paris to get the Légion d'Honneur from François Hollande, in 2008 for Outstanding Contribution to Music and, last year, the MusiCares Person of the Year award.

It's noticeable, though, that his recent accolades have tended to come from outside Britain. Abroad he is revered: one recent Italian review described going to a McCartney concert as being on a cultural par with visiting the Louvre.

New is his first LP of original songs since 2007's Memory Almost Full and is a sparky, upbeat piece of work. Several tracks have a Beatles feel, including the single, also called "New". The big news – for music buffs, though I'm not sure how much most listeners will care – is that there are four producers.

They are Paul Epworth, who produced Adele's 21; Mark Ronson, known for his work with Amy Winehouse; Ethan Johns, an acoustic, folky musician who is Laura Marling's producer; and Giles Martin, who worked on the Beatles's awful Cirque du Soleil show in Vegas (still running; a naff-a-mungo cash pumper).

Johns and Martin have an intergenerational connection to McCartney: Johns is the son of Glyn Johns, who was hired to do production work with Wings but walked out, and Martin's father is Sir George Martin, the Beatles producer. 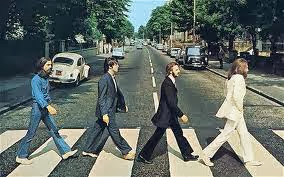 Starting in 1960, the Beatles built their reputation playing clubs in Liverpool and Hamburg over a three-year period. Manager Brian Epstein molded them into a professional act and producer George Martin enhanced their musical potential.

They gained popularity in the United Kingdom after their first modest hit, "Love Me Do", in late 1962. They acquired the nickname the "Fab Four" as Beatlemania grew in Britain over the following year, and by early 1964 they had become international stars, leading the "British Invasion" of the United States pop market.

After their break-up in 1970, they each enjoyed successful musical careers. Lennon was shot and killed in December 1980, and Harrison died of lung cancer in November 2001.

When I get older losing my hair,
Many years from now,
Will you still be sending me a valentine
Birthday greetings bottle of wine?

If I'd been out till quarter to three
Would you lock the door,
Will you still need me, will you still feed me,
When I'm sixty-four?

I could be handy mending a fuse
When your lights have gone.
You can knit a sweater by the fireside
Sunday mornings go for a ride.

Doing the garden, digging the weeds,
Who could ask for more?
Will you still need me, will you still feed me,
When I'm sixty-four?

Every summer we can rent a cottage
In the Isle of Wight, if it's not too dear
We shall scrimp and save
Grandchildren on your knee
Vera, Chuck, and Dave

Send me a postcard, drop me a line,
Stating point of view.
Indicate precisely what you mean to say
Yours sincerely, Wasting Away.

Give me your answer, fill in a form
Mine for evermore
Will you still need me, will you still feed me,
When I'm sixty-four?

Email ThisBlogThis!Share to TwitterShare to FacebookShare to Pinterest
Labels: Entertainment