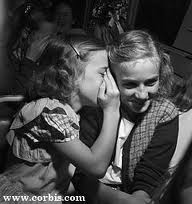 Spreading rumors and mocking someone's appearance may seem like schoolgirl behavior, but new research finds women can also bring that attitude into the adult world. The study calls this type of action "indirect aggression."

Tracy Vaillancourt, the study's author, recently told the "CBS This Morning" co-hosts that this type of hostility is used without getting caught; it is underhanded and not direct.

"We do things like we exclude people from the peer group, we give the silent treatment - you know that customary I won't speak to you for three weeks and then you have to figure out why I'm mad at you," said Vaillancourt. "We'll spread rumors about the person, so we'll disparage their appearance, we'll suggest that they're promiscuous, those sorts of things." 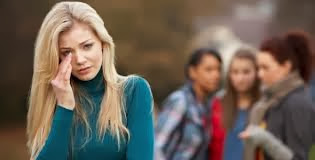 She explained that while men may use "indirect aggression," they do not do it as much as women.
"When we aggress against somebody, we do it indirectly," she said. "When men aggress against others, a lot of times it's direct, it's verbal."

An authoritative study published by the Royal Society has explored the scientific basis for “competition and aggression” between women, and found that they have most likely evolved to be mean to one another.

Dedicating a whole journal issue to the theme and inviting international evidence from across disciplines, the research found that the “constraints of offspring production and care” meant that it favored the female of the species to resort to low-risk forms of aggression.

Scientists said that since Darwin first put forward his theories on reproductive competition, extensive research has been done on how more expendable men developed larger body size, use of weaponry and ritualised displays of aggression.

Little work has gone into the equivalent for women, however, with studies more likely to focus on more direct reproductive traits such as mate selection.

“Despite a history of being largely overlooked, evidence is now accumulating for the widespread evolutionary significance of female competition,” the report’s authors Paula Stockley and Anne Campbell explained.

Writing in the introduction to December’s issue of Philosophical Transactions of the Royal Society B, they described their work as a first step in “a new expansion of interest in female competition”.

“Females compete for resources needed to survive and reproduce, and for preferred mates,” Dr Stockley said.

The scientists added that they found “coalitions or alliances may reduce risk of retaliation” – a theory to explain why groups of women gang up on others – as famously documented in the 2004 Lindsay Lohan film Mean Girls.

Professor Campbell, an evolutionary psychologist at Durham University, nonetheless told the website LiveScience that while meanness has traditionally been seen as a female weapon, it can be used in just the same way by men.

“There is virtually no sex difference in indirect aggression,” Professor Campbell said. “By the time you get to adulthood, particularly in work situations, men use this too.”
at 2:00 PM