A team of cardiovascular scientists has announced it will be able to 3D print a whole heart from the recipients' own cells within a decade.

Stuart K Williams is heading up the hugely ambitious project as executive and scientific director of the Cardiovascular Innovation Institute at the University of Louisville. 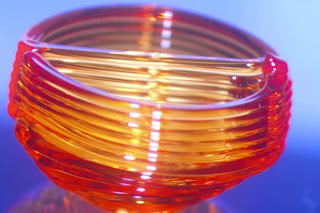 Throughout his prestigious career spanning four decades he has focused on researching surgical devices and bioengineering, and the idea for printing the heart whole from scratch was inspired by the work of one of the pioneers in both these fields -- Charles Lindbergh.

Lindbergh might be best known for flying solo across the Atlantic and for the Crime of the Century (when his infant son was kidnapped and murdered) but he also created a glass perfusion pump with Alexia Carrel that would keep the human heart alive outside the body, paving the way for heart surgery. The pair also discussed regenerative medicine in their book The Culture of Organs.

"For bio-printing it is the end of the beginning as bio-printed structures are now under intense study by biologists" Stuart K Williams, Cardiovascular Innovation Institute

"Funding is very limited as this is a new area. But as bio-printing successes occur the interest will increase and then funding -- so many breakthroughs have occurred in this way with a new untested idea that is moved forward with limited resources. For bio-printing it is the end of the beginning as bio-printed structures are now under intense study by biologists."

Williams says he and his team of more than 20 have already bioengineered a coronary artery and printed the smallest blood vessels in the heart used in microcirculation. The team has also worked on other methods of bioengineering tissue, including electro-spinning for the creation of large blood vessel scaffolds that can then be joined with bio-printed micro-vessels.

But why print the parts, when you can print the whole in one go? We shouldn't just be able to repair the heart using bioengineering, but replace it.

The Cardiovascular Innovation Institute is now developing 3D printers for the job with a team of engineers and vascular biologists -- "if you do not understand the biology, you solve only half the problem" explains Williams.

Though for now those printers are focusing on replicating the parts, the plan is to print the whole in one go in just three hours, with a further week needed for it to mature outside of the body. Certain parts will need to be printed and assembled beforehand, including the valves and the biggest blood vessels. "Final construction will then be achieved by bio-printing and strategic placement of the valves and big vessels," says Williams, who asserts that they are "on schedule" to build the heart within the decade marker.

"Dare I say the heart is one of the easiest to bio-print? It's just a pump with tubes you need to connect"  Stuart K Williams, Cardiovascular Innovation Institute
at 7:30 AM