Households from the United States to Europe and Japan may soon face fiscal shocks worse than any market crash. The White House and New York Mayor-elect Bill de Blasio aren't the only ones calling for higher taxes (especially on the wealthy), as voices from the International Monetary Fund to billionaire investor Bill Gross increasingly make the case too. 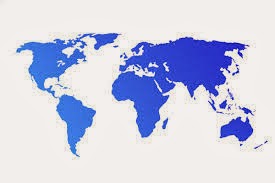 In his November investment commentary for bond giant Pimco, Mr. Gross asks the "Scrooge McDucks of the world" to accept higher personal income taxes and to stop expecting capital to be taxed at lower rates than labor. As for the IMF, its latest Fiscal Monitor report argues that taxing the wealthy offers "significant revenue potential at relatively low efficiency costs."

The context for this argument is the IMF's expectation that in advanced economies the ratio of public debt to gross domestic product will reach a historic peak of 110% next year, 35 percentage points above its 2007 level.

What the IMF calls "revenue-maximizing top income tax rates" may be a good indication of how much further those rates could rise: As the IMF calculates, the average revenue-maximizing rate for the main Organization of Economic Cooperation and Development countries is around 60%, way above existing levels.

For the U.S., it is 56% to 71%—far more than the current 45% paid in federal, state and local taxes by those in the top tax bracket. The IMF singles out the U.S. as the country where raising top rates toward 70% (where they were before the Reagan tax cuts) would yield the most revenue—around 1.25% of GDP. The IMF admits that its revenue-maximizing approach takes no account of the well-being of top earners (or their businesses). 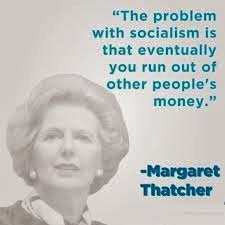 Taxes can rise in ways both prominent and subtle. In the United Kingdom, the highly advantageous "resident non-domiciled" status—requiring wealthy residents to pay taxes on overseas earnings only if they "remit" the money to the U.K.—has become much harder to qualify for and more costly after recent reforms.

In France, President François Holland finally managed to pass a 75% tax on income above one million euros and now he is seeking to limit the tax benefits of "life insurance contracts," a long-term savings instrument used by most wealthy households. As for the uniquely French "impôt sur la fortune," taxing those with net worth above 1.3 million euros, it is alive and well. Japan too is taking steps to increase personal taxation, though it hasn't yet targeted top earners in particular.

As applied to the euro zone, the IMF claims that a 10% levy on households' positive net worth would bring public debt levels back to pre-financial crisis levels. Such a tax sounds crazy, but recall what happened in euro-zone country Cyprus this year: Holders of bank accounts larger than 100,000 euros had to incur losses of up to 100% on their savings above that threshold, in order to "bail-in" the bankrupt Mediterranean state.

Japanese households, sitting on one of the world's largest pools of savings, have particular reason to worry about their assets: At 240% of GDP, their country's public debt ratio is more than twice that of Cyprus when it defaulted.
at 2:00 PM