Human Are Not The Smartest

Researchers from the University of Adelaide in Australia argue in an upcoming book,The Dynamic Human, that humans really aren't much smarter than other creatures -- and that some animals may actually be brighter than we are.

"For millennia, all kinds of authorities -- from religion to eminent scholars -- have been repeating the same idea ad nauseam, that humans are exceptional by virtue that they are the smartest in the animal kingdom," the book's co-author Dr. Arthur Saniotis, a visiting research fellow with the university's School of Medical Sciences, said in a written statement. 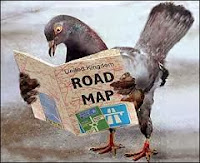 "However, science tells us that animals can have cognitive faculties that are superior to human beings."

Not to mention, ongoing research on intelligence and primate brain evolution backs the idea that humans aren't the cleverest creatures on Earth, co-author Dr. Maciej Henneberg, a professor also at the School of Medical Sciences, told The Huffington Post in an email.

The researchers said the belief in the superiority of that human intelligence can be traced back around 10,000 years to the Agricultural Revolution, when humans began domesticating animals. The idea was reinforced with the advent of organized religion, which emphasized human beings' superiority over other creatures.

"The belief of human cognitive superiority became entrenched in human philosophy and sciences," Saniotis said in the statement. "Even Aristotle, probably the most influential of all thinkers, argued that humans were superior to other animals due to our exclusive ability to reason."

But reasoning, Saniotis and Henneberg argue, is just one form of intelligence.

"The fact that [animals] may not understand us, while we do not understand them, does not mean our 'intelligences' are at different levels, they are just of different kinds," Henneberg said in the statement. 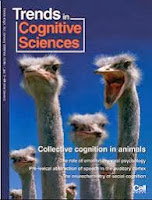 Some animals leave complex scent markings in their environment to communicate. Humans can't interpret these markings, Henneberg said in the statement, but they "may be as rich in information as the visual world."

Killer whales share a complex language of their own, and dolphins have individual names -- just like we do-- based on whistle signals. "This means that dolphins have a concept of 'self' and special others," Henneberg told HuffPost Science.

What do other experts make of their argument? Dr. Gordon Burghardt, professor of psychology and evolutionary biology at the University of Tennessee in Knoxville, told The Huffington Post that he generally agrees with the researchers' assertion.

"Generally the claim is made that with language and now permanent record keeping we have a cumulative culture that allows us to accomplish many things that other animals could not," Burghardt said. "But that does not mean that individual humans are superior in all abilities to all other species.

Just as a gibbon does not need a house, we have evolved in environments where we do not have to capture fish underwater with our bare hands, but brown bears do, and can do so better than us."
at 2:00 PM