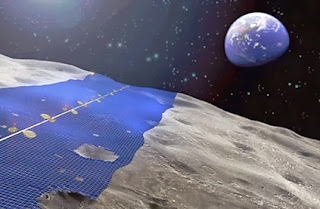 A Japanese construction firm is proposing to solve the well-documented energy problems facing Japan - and ultimately the entire planet - by turning the moon into a colossal solar power plant.

Tokyo-based Shimizu Corp. wants to lay a belt of solar panels 250 miles wide around the equator of our orbiting neighbor and then relay the constant supply of energy to “receiving stations” on Earth by way of lasers or microwave transmission. 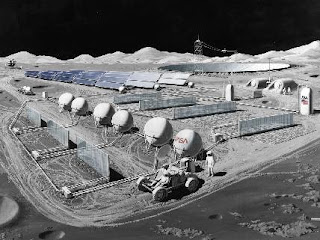 “A shift from economical use of limited resources to the unlimited use of clean energy is the ultimate dream of mankind,” Shimizu says in the proposal on its web site. “The Luna Ring ... translates this dream into reality through ingenious ideas coupled with advanced space technologies.”

Public opposition to atomic energy has hardened in the intervening years, as the government and Tokyo Electric Power Co. struggle to bring the stricken plant’s reactors under control.

There is a general acceptance that Japan, which shut down its last functioning nuclear reactor in September, will need to restart its nuclear plants in the short term, but the disaster has focused new attention on alternative - and safer - forms of energy.

Shimizu first came up with its Luna Ring proposal before the accident at Fukushima, but the ongoing crisis means it is attracting renewed interest. 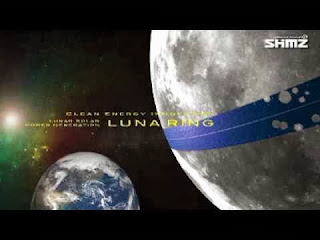 Shimizu is reluctant to put a price tag on the construction costs involved but, given adequate funding, the company believes construction work could get under way as early as 2035.

Robots and automated equipment would be developed to mine the moon’s natural resources and produce concrete and the solar cells required for the scheme.

Once completed, the belt would stretch 6,800 miles around the equator and ensure constant exposure to the sun - without the interference of cloud cover - and an equally constant transfer of energy to the Earth.