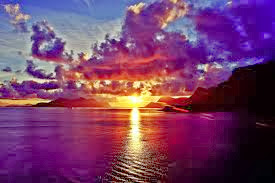 Race, religion and a sense of the role of the family all play into end-of-life decisions for African-Americans, “and you cannot disentangle them,” said Bullock, a professor and head of the department of social work at North Carolina State University in Raleigh, N.C.

A new survey on end-of-life issues, recently released (Nov. 21) by the Pew Research Center’s Religion & Public Life Project, bears this out: Blacks and Hispanics are twice as likely as white Protestants, Catholics and people of no religious identity to insist that doctors do everything possible to stave off death, even in the face of incurable disease and great pain.

What’s more, the most recent statistics from the National Hospice and Palliative Care Organization show hospice service is overwhelmingly used (83 percent) by non-Hispanic whites. Less than 9 percent of hospice patients were black, and less than 7 percent were Hispanic.

Bullock, who is an African-American Southern Baptist, has tried to address end-of-life issues with a faith-based approach. She’s partnered with churches to talk about advance directives and decisions about aggressive treatment, palliative care (shifting from efforts to cure to pain management in incurable cases) and hospice.

“I could talk about a good death, but I couldn’t convince them that medical providers were truly going to act on their behalf,” she said. Hospice may be the “gold standard of care at the end of life,” but minorities are not easily convinced, she said. 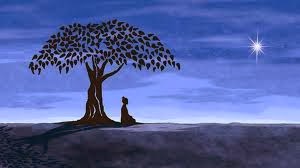 Bullock points to elderly African-Americans’ historic experiences for one reason they insist on aggressive treatment even in severe pain with an incurable disease.

This is the generation that lived through segregation and that remembered the infamous Tuskegee experiment, in which black men were injected with syphilis and studied but not treated, she said.
People who overcome adversity by relying on their faith in God are unlikely to change that in their last days, she said. “They believe death is not the end for them and they will pass on to a better place.”
They also have a different understanding of suffering.

“Suffering is not being able to feed your family,” Bullock said. “Lying in a hospital bed is not suffering.”

George Eighmey made a similar observation during his 12 years as executive director of Death with Dignity in Oregon, the first of four states that have legalized physician-assisted dying for terminally ill patients.

Eighmey, who retired in 2010, said he saw no black, Hispanic or Asian people inquire about the law before it was enacted, or after when it allowed people to obtain a lethal prescription from a physician and choose the day of their death.
at 7:30 AM