Alabama Has The Lead For Now 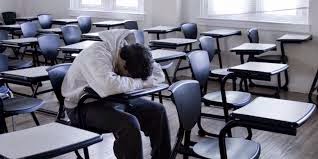 Alabama school employees were implicated in more sex crimes with students than any other state in 2014, according to a new study.

Terry Abbott, the former chief of staff for the U.S. Department of Education who conducted the study, found that 25 Alabama educators were accused or convicted of having sexual relations with students last year, according to the Alabama Media Group.

Some states had more incidents, but on a per capita basis, Alabama has the highest rate of teacher-student sex abuse.

To be sure, the law varies state to state and there is no federal law that serves as an umbrella for such cases, which might skew Abbott's numbers a bit. The Alabama Media Group reports:


Alabama Act 2010-497 makes it illegal for any school employee to have a sexual relationship with a student younger than 19. In Wyoming, as long as the student is 16 or older and consents to the relationship, it's not a crime. In Michigan, all such relationships are illegal, regardless of the student's age.

Abbott and other advocates have lobbied for more uniform laws and sentencing guidelines nationwide, but until such legislation is adopted, there's always going to be some disparity, he said.

"In some cases, educators are committing heinous crimes involving children throughout the country and getting very little, if any, real punishment for it. You turn around and find a similar case in another state and find the judicial system has thrown the book at the educator," Abbott said Tuesday.

Texas saw the most cases with 116 accusations out of the 781 that Abbott and his PR firm, counted across the country, the New York Daily News reports.

But Alabama's lower population means it has a higher rate of such cases.

Some of those cases last year made national headlines. Alicia Gray, for example, recorded and released a video apology after pleading guilty to charges that she had sex with a 14-year-old student.

The 28-year-old math teacher took a plea deal last January and was sentenced to six months in jail and five years probation.