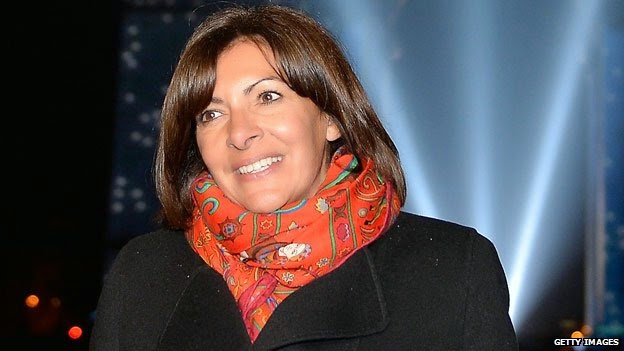 The mayor of Paris (above) has said she will sue Fox News for its inaccurate reporting about the city following the attack on the magazine Charlie Hebdo.

The US network claimed there were "no-go areas" in the French capital where police and non-Muslims refused to go.

Anne Hidalgo said the people of Paris had been "insulted" and the city's image had been "damaged".

The network has since apologized for making "regrettable errors" on air regarding the Muslim population.

Her words were echoed by the deputy mayor, Patrick Klugman.

In an interview with the BBC he said Ms Hidalgo was "definitely serious" about her intention to sue Fox News.

"We have our legal advisers working on the case," he added. "We are looking under which jurisdiction to bring the case, Paris or New York."

In response to Ms Hidalgo, Fox News executive vice president Michael Clemente said: "We empathize with the citizens of France as they go through a healing process and return to everyday life.

"However, we find the mayor's comments regarding a lawsuit misplaced."

Fox has also apologized for comments by terror expert Steven Emerson, who claimed Birmingham was "totally Muslim" and ruled by Sharia law.

Mr Emerson said he had made an "inexcusable error".

In another apology over the weekend, Fox News presenter Julie Banderas said the channel had "made some regrettable errors on air regarding the Muslim population in Europe", and apologized "to any and all who may have taken offense, including the people of France and England".