(CNN)Saudi Arabian rights activist Raif Badawi has been publicly flogged for insulting Islam despite international outcry over the sentence handed down by a court in the conservative kingdom, Amnesty International and his wife said. 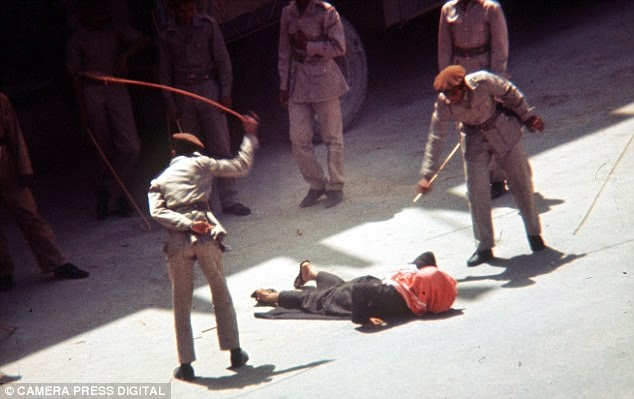 The flogging Friday in Jeddah was the first of 20 such sessions imposed by a Saudi court after Badawi's 2014 conviction. He was arrested after creating an online forum in 2008 that his wife says was meant to encourage discussion about faith.

"Raif raised his head towards the sky, closing his eyes and arching his back," Amnesty International quoted what it said was an eyewitness to the flogging as saying. "He was silent, but you could tell from his face and his body that he was in real pain. The officer beat Raif on his back and legs, counting the lashes until they reached 50."

The punishment may also have been captured in cell-phone video uploaded to YouTube.

In the unverified video, a man in uniform can be seen striking a shackled prisoner with a cane as a crowd gathers around. Some in the crowd cried out "Allahu Akbar," or "God is great," as the man was being flogged.


"It's a scene I cannot describe. It was horrible," she said from Canada. "Every lash killed me."

"Publicly lashing a peaceful activist merely for expressing his ideas sends an ugly message of intolerance," Human Rights Watch said over the weekend.

"Raif Badawi is a prisoner of conscience; his only 'crime' was to exercise his right to freedom of expression by setting up a website for public discussion," Boumedouha said in a statement.

U.S. officials have also called on Saudi officials to withdraw the sentence and review Badawi's case.
The Saudi Arabian Ministry of Foreign Affairs declined to comment to CNN on the case, saying it was a legal issue, not a political one.