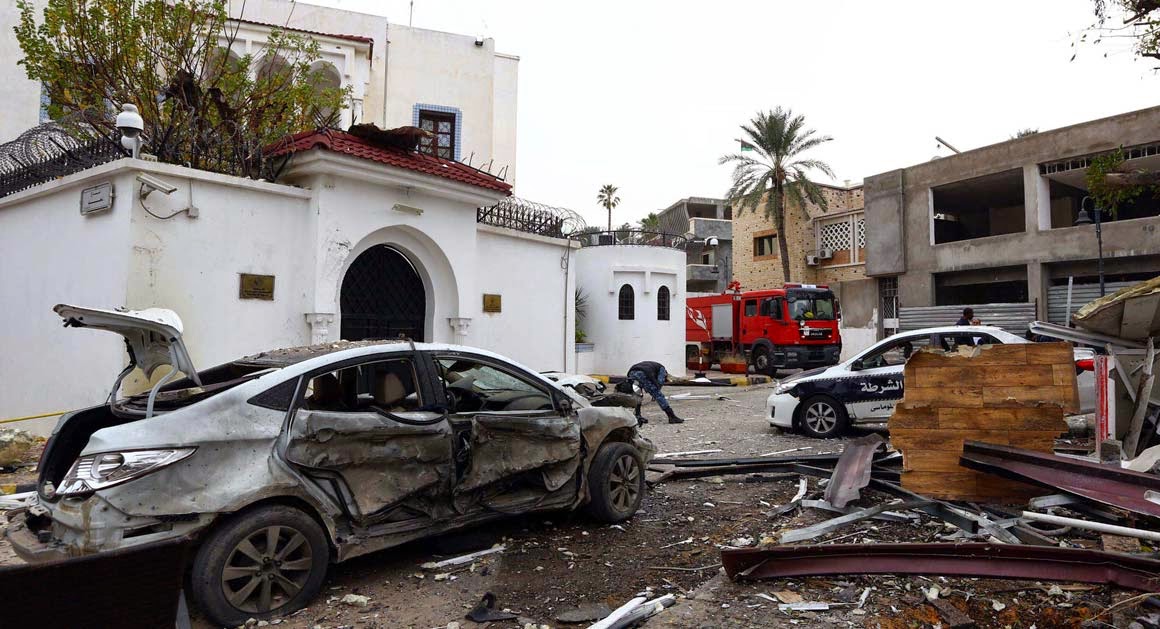 The Islamic State announced its arrival in Libya in brutal fashion this week with the slaying of an American contractor in a suicide attack on a Tripoli hotel, an act that will make it harder for Washington to continue ignoring the conflict and chaos raging in this North African country.

Until now the United States and the European Great Powers have been content to look the other way as Libya had descended into violence and anarchy. Four years ago, NATO bombed the rebels to victory in their war against Muammar Qadhafi, then packed its bags and left the country to its own devices. It’s remained off the Washington radar, even as threats in places like Syria and Iraq have commanded top-level attention and media headlines.

The rapid growth of ISIL may now change that equation rapidly, as the attack underscores the vulnerability of even the few well-protected Western officials left in this splintered country. The United States and European powers can’t allow the group to gain more of a foothold, lest it risk creating a second Mediterranean safe haven for one of the world’s deadliest terror groups.

Radical Islam itself is not new to Libya. In the 1990s the main armed resistance to Qadhafi was the Libyan Islamic Fighting Group, whose guerrillas were crushed in a bitter ten-year war in the eastern Green Mountains. Many militants then jumped ship to join fights elsewhere. In 2006, U.S. forces captured a roster of foreign fighters in Iraq that declared no town on earth, proportional to its size, had provided more fighters than Derna, on Libya’s eastern coast.

The 2011 revolution saw the Islamists return home, fighting alongside rebel militias from across the land, with NATO bombs acting as midwife. When the fighting was over, the big winners were not Islamic radicals but the non-jihadist Muslim Brotherhood, whose Justice and Construction Party scraped together a fragile coalition after the first post-revolution elections in 2012.


The radicals went their own way, with a campaign of bombings and attacks on foreign targets culminating later that year in the storming of the U.S. Benghazi consulate, killing Ambassador Chris Stevens and three of his staff.

The U.S. blamed Ansar al Sharia, or Partizans of Islam, which until last summer was the most powerful of an alphabet-soup of radical groups active in Libya.