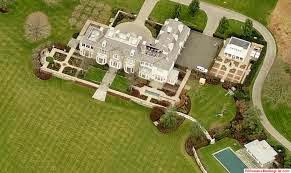 If you're a billionaire living in Connecticut, chances are the tax department is keeping an eye on you.

Connecticut, home to some of the richest Americans, has a big stake in the billions of dollars in revenue their income taxes generate.

State tax officials track quarterly estimated payments of 100 high net-worth taxpayers and can tell when payments are down. Of that number, about a half-dozen taxpayers have an effect on revenue that's noticed in the legislature and the state Department of Revenue Services.

"There are probably a handful of people, five to seven people, who if they just picked up and went, you would see that in the revenue stream," said Kevin Sullivan, the state's commissioner of the Department of Revenue Services.

With one exception, he said, state officials don't actually approach the super-rich. He said: "There isn't friendly visiting or anything like that, how are you feeling? Doing all right? Doing OK?"

Two years ago, tax officials were alarmed that a super-rich hedge fund owner might leave and reduce the state's income tax revenue. They met with the unidentified taxpayer to stay. The effort was partly successful, with the taxpayer leaving Connecticut but agreeing to keep the hedge fund here.

"It would be nice to have both, but at least we didn't lose both," said Kevin Sullivan, the state's revenue commissioner.

Tax officials in a few states said they do not track individual tax payments, though state budget officials typically follow total quarterly tax payments by the rich to make sure revenue projections hold up.

And some experts don't believe there's any need to worry about the super-rich moving to avoid high taxes. "The claims are almost always anecdotal," said Matt Gardner, executive director of the institute on Taxation and Economic Policy.

Connecticut tax officials won't say who the super-rich are, citing privacy, but it's not hard to guess.

Many movers and shakers in and around New York City, the capital of the banking and hedge-fund world, work in or populate the verdant suburbs next door in Connecticut.

They include names like hedge fund owner Steven Cohen; Thomas Peterffy, of Interactive Brokers; Ray Dalio, of Bridgewater Associates; and Paul Tudor Jones, of Tudor Investment Corp. Combined, their net worth is more than $40 billion, according to Forbes.

If they or other big-moneyed individuals or their businesses decide to leave, the danger is real.

In April 2014, super-rich taxpayers in Connecticut and elsewhere shielded their income through charitable donations or other means to avoid a tax hit following the expiration of federal tax cuts.