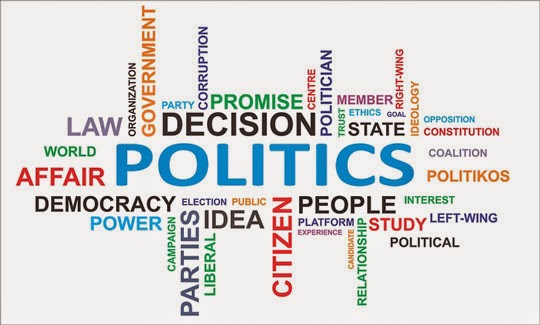 Those of you who know me, and I realized that very few people on this forum know me, I am not one to take sides on politics from either a Democratic or Republican point-of-view; although, I have no problems letting anyone who wants to know that I am a conservative liberal...

Isn't that a contradiction?

I am conservative when it comes to spending money that I don't have or that our Government does not have to pay for entitlement programs that I have and will continue to enjoy until they are eliminated. However, most of my other views are rather liberal in nature.

There is something currently going on in the country of ours that is going to hurt All Americans regardless of party affiliations, unless you are wealthy or part of the 1%.

So, back to the point.

On January 15, 2015 or thereabouts, the Republican controlled House passed legislation that would literally destroy recently passed Wall Street reforms. The bill, introduced by Rep. Michael Fitzpatrick (R-Pa.), is called the
Promoting Job Creation and
Reducing Small Business Burdens Act, but its name obscures what it would actually do. The legislation is a compilation of deregulatory bills that failed to pass the Democrat-controlled Senate in the last Congress. It would alter nearly a dozen provisions of the 2010 Dodd-Frank financial reform law, loosening regulation of Wall Street banks.


In the fall of 2008, a financial crisis of a monumental scale took place in this country that left millions of Americans unemployed and resulted in lost wealth in the TRILLIONS.
This financial crisis can be attributed to Wall Street, Banks, and Real Estate Brokers but the biggest culprit was by far Wall Street.
I personally lost 80% of my financial wealth which was being set aside in investments that I thought, along with many others, was relatively secure. I was still able to retire but not with the financial security that I had in 2008.
Our broken financial regulatory system was a principal cause of that crisis. It was fragmented, antiquated, and allowed large parts of the financial system to operate with little or no oversight. And it allowed some irresponsible lenders to use hidden fees and fine print to take advantage of consumers.
To make sure that a crisis like this never happens again, President Obama signed the Dodd-Frank Wall Street Reform and Consumer Protection Act into law. The most far reaching Wall Street reform in history, Dodd-Frank will prevent the excessive risk-taking that led to the financial crisis.
The law also provides common-sense protections for American families, creating new consumer watchdog to prevent mortgage companies and pay-day lenders from exploiting consumers.
These new rules will build a safer, more stable financial system—one that provides a robust foundation for lasting economic growth and job creation.
It is not secret among the wealthy and those in the know that the financial crisis was the result of a fundamental failure from Wall Street to Washington.
What it all boils down to is that some on Wall Street took irresponsible risks that they didn’t fully understand and Washington did not have the authority to properly monitor or constrain risk-taking at the largest firms.
So, here's a good question:
Did some of our brightest people in the country simply overlook this loophole or was this SNAFU intentional and planned but not expected to be so severe?
Consequently, when the financial crisis hit, no one had the tools to break apart or wind down a failing financial firm without putting the American taxpayer and the entire financial system at risk.

Therefore, we just had to let it play out as we watched from the sidelines in dispair...

The shock was like 9/11 all over again... and, the general public forget about it just as quickly.

The point is that our Republican controlled Congress is trying to remove all Wall Street controls and restitution for either helping them to stay in Congress or join Congress for the first time.

Why else would Republicans be doing this?

Do they (Republicans) really think that they are helping Small Businesses?

If so, I have got some swamp land in Florida or a Mexican Time Share I 'd like to sell them.

For those of you who were not aware of need reminding.


There are a few others platforms associated with each party, some major to people and some minor to people, but the bulleted items above is the bread and butter beliefs.

What amazes me more than anything else is the fact that most Americans are either not aware of what either the Republicans or the Democrats are doing and DON'T CARE... Part of me says why keep trying to get them interested... just let the enjoy the harvest of the crops they are not planting. But, part of me says that I should keep trying.

My wife and I are financially protected regardless of what happens on Wall Street until I am 101 and she is 96, neither of which we will ever see, so why bother? My wife's son is also protected and my daughter live overseas as an expat living in the exact area where global economic growth is moving towards... so, she is covered also. My ex wife, well I wish that she gets all that she thinks she deserves because there ain't nothing left that she can get out of me.


Fitzpatrick is a member of the House financial services committee and between 2013 and 2014, he received more than $310,000 in donations from the finance and banking sector, according to the Center for Responsive Politics. The Fitzpatrick legislation signals the beginning of a sustained assault on Dodd-Frank by the new GOP Congress.
It is time for Americans to take responsibility for their future.