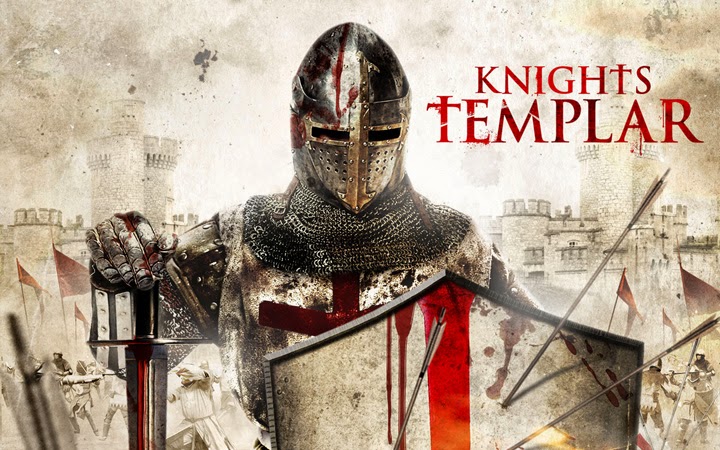 At dawn on Friday, October 13, 1307, scores of French Templars were simultaneously arrested by agents of King Philip, later to be tortured in locations such as the tower at Chinon, into admitting heresy and other sacrilegious offenses in the Order. Then they were put to death. There were five initial charges lodged against the Templars.

Friday the 13th, also known as Black Friday in some countries, is considered an unlucky day in Western superstition. It occurs when the 13th day of the month in the Gregorian calendar falls on a Friday. There is no written evidence for a "Friday the 13th" superstition before the 19th century, and the superstition only gained widespread distribution in the 20th century.

It's not known for certain how the superstition surrounding this day arose, but both Friday and the number 13 are connected with the crucifixion of Christ (Friday being the day the crucifixion took place, commemorated weekly in Catholic practice, and 13 being the number of people present at the Last supper). According to Phillips Stevens, Jr., associate professor of anthropology at the University at Buffalo (SUNY), "There were 13 people at the table (at the Last Supper) and the 13th was Judas. The Last Supper was on a Thursday, and the next day was Friday, the day of crucifixion. When '13' and Friday come together, it is a double whammy."

Friday has been considered an unlucky day to undertake journeys or begin new projects at least since the 14th century, as witnessed by Chaucer's Canterbury Tales.

However, folklorists maintain that there is no written evidence for a "Friday the 13th" superstition before the 19th century. An early documented reference in English occurs in Henry Sutherland Edwards' 1869 biography of Gioachino Rossini, who died on a Friday 13th:


He [Rossini] was surrounded to the last by admiring friends; and if it be true that, like so many Italians, he regarded Fridays as an unlucky day and thirteen as an unlucky number, it is remarkable that on Friday 13th of November he passed away.

But, who are these Knights Templar?

The Knights Templars were the earliest founders of the military orders, and are the type on which the others are modeled. They are marked in history:

by their humble beginning

by their marvelous growth

by their tragic end

The order owed its rapid growth in popularity to the fact that it combined the two great passions of the Middle Ages, religious fervor and martial prowess. Even before the Templars had proved their worth, the ecclesiastical and lay authorities heaped on them favors of every kind, spiritual and temporal.

The popes took them under their immediate protection, exempting them from all other jurisdiction, episcopal or secular. Their property was assimilated to the church estates and exempted from all taxation, and even from the ecclesiastical tithes.

Following the success of the First Crusade (1095–99), a number of Crusader states were established in the Holy Land, but these kingdoms lacked the necessary military force to maintain more than a tenuous hold over their territories. Most Crusaders returned home after fulfilling their vows, and Christian pilgrims to Jerusalem suffered attacks from Muslim raiders.

Pitying the plight of these Christians, eight or nine French knights led by Hugh de Payns vowed in late 1119 or early 1120 to devote themselves to the pilgrims’ protection and to form a religious community for that purpose. Baldwin II, king of Jerusalem, gave them quarters in a wing of the royal palace in the area of the former Temple of Solomon, and from this they derived their name.

The Templars were originally divided into two classes: knights and sergeants. The knight-brothers came from the military aristocracy and were trained in the arts of war. They assumed elite leadership positions in the order and served at royal and papal courts. Only the knights wore the Templars’ distinctive regalia, a white surcoat marked with a red cross.

The sergeants, or serving-brothers, who were usually from lower social classes, made up the majority of members. They dressed in black habits and served as both warriors and servants. The Templars eventually added a third class, the chaplains, who were responsible for holding religious services, administering the sacraments, and addressing the spiritual needs of the other members.

Although women were not allowed to join the order, there seems to have been at least one Templar nunnery.

The Templars eventually acquired great wealth. The kings and great nobles of Spain, France, and England gave lordships, castles, seigniories, and estates to the order, so that by the mid-12th century the Templars owned properties scattered throughout western Europe, the Mediterranean, and the Holy Land.

The Templars’ military strength enabled them to safely collect, store, and transport bullion to and from Europe and the Holy Land, and their network of treasure storehouses and their efficient transport organization made them attractive as bankers to kings as well as to pilgrims to the Holy Land.

The Templars were associated with the Grail legend and were identified as defenders of the Grail castle through the remainder of the Middle Ages. In the 18th century the Freemasons claimed to have received in a secret line of succession esoteric knowledge that the Templars had possessed.

The Templars were also identified as Gnostics and were accused of involvement in a number of conspiracies, including one that was allegedly behind the French Revolution.

In the 20th century the image of Christ on the Shroud of Turin was identified as the head allegedly worshipped by the Templars.

Freemasonry is a fraternal organisation that traces its origins to the local fraternities of stonemasons, which from the end of the fourteenth century regulated the qualifications of masons and their interaction with authorities and clients. The degrees of freemasonry, its gradal system, retain the three grades of medieval craft guilds, those of Apprentice, journeyman or fellow (now called Fellowcraft), and Master Mason.

Freemasonry is the world's oldest and largest fraternity. Its membership is a Who's Who of world history:

There are 33 degrees of Freemasonry with the first three being: Apprentice, Journeyman, Master


So, what is the 33rd degree level of the Freemasons?


Well, I am afraid you are going to have to research that one on your own.


However, some believe this story:
The Templars, seeking to rule this world with the help of the invisible one, came to worship Satan and called on him to dominate the powers of darkness.

Many years of investigations by the courts of the King and the Pope documented the Templars' real ideals and proved that they were hiding behind a Christian façade. The order had gathered together the dark world's symbols, traditions and rituals, and founded a system in castles built for that purpose, leading the way for many later secret societies.

Ater going underground to escape the Inquisition, the Templars infiltrated various other sects and organizations. For their purposes, the masons' lodges were an ideal choice. Very quickly, they infiltrated them, brought them under their own control, adapted and altered them to accommodate the Templars' own philosophy, beliefs, and rituals.

Since they had long been trained in the arts of architecture and masonry and had gained expertise in building castles and Gothic cathedrals, it was easy enough for the Templars to infiltrate and control the professional guilds of masons. Published reference works by Masons refer more often to the symbolic features of their merger with the Templars, than to the darker aspects the Masons inherited from them.

As one Turkish Masonic source writes:

Either way, it's a little spooky don't you think?