Why do you suppose that Michelangelo carved his sculpture David completely nude?

Why do you suppose that Prostitution is the oldest profession?

Why do the Sistene Chapel Religious Frescoes depict male and female nudes? 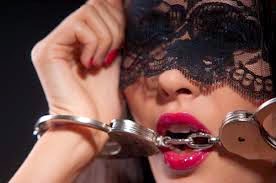 And, more importantly,
Why do we blindly accept all of this is being ok when it is not accepted today?

And no, I am not kidding you one iota...

According to Covenant Eyes, Internet Accountability and Filtering, 2012
Determining the size of the United States pornography industry is no simple task. A perfect picture of how large the pornography industry is would require accurate revenue reports from every entity which produces and distributes pornography. Unfortunately, this specific information is not readily available. Instead, we must rely on statistics and information gathered from a variety of sources over several years.

Point 1
The New York Times quoted a 1998 Forrester Research study which estimated the combined revenues of pornographic networks, pay-per-view movies on cable and satellite, Internet websites, in-room hotel movies, phone sex, sex toys, and pornographic magazines to have been no less than $10 billion. In that same year, Forbes magazine published an article stating that the pornography industry could not have been more than $3.9 billion.

I thought more of our citizens than this, didn't you? Although, why would I say that when this type of attitude has been prevalent throughout the world for years... is it just us snobs in America that think this attitude is wrong?

Until we seriously come to terms with our own hypocrisy, we are going to have trouble moving forward in any kind of substantive way.

The fact remains, whether we want to admit it or not that SEX SELLS and if you still seriously doubt that look at some of our most well known Super Bowl Commercials or the Swimsuit issue of Sports Illustrated or Victoria's Secret or the bedroom scenes of most daytime soap operas.

Here is an interesting personal story, at least it is to me; but, my wife accompanied me to a car dealership not too long when I had decided to trade in my car on a newer version but not on a new car. The male salesperson assumed that my wife was purchasing the car for some reason and so he spent most of his time focusing on her and treated me as if I was just along for the ride.

When we were down to crunch time and he wanted to close the deal, I stepped in front of my wife and said, “No sale,” and asked to speak to the Manager. When the Store Manager arrived, I told him (in front of my wife and this male salesman) that I was not buying the car because this salesman completely ignored me during the entire process and that I just wanted him to know in case he wanted to make any changes in how things were done here.

We went to another dealership and our salesperson was a female and she focused on both of us, not just me, and I drove home in a newer car than I had driven in with.

This type of behavior is also relatively obvious in restaurants with waiters and waitresses in who they pay attention to the most while they are providing service; although, since there is a tip involved this type of observation may not be very scientific.

For the past nine years, Carl’s Jr. has been using female models to promote their burgers. Specifically, they have been using bikini-clad women who seem unaware of the distinction between fast food and the male anatomy.

Andy Puzder, CEO of Carl’s Junior, said in an interview with The Wall Street Journal, “We’re the ‘young, hungry guy’ brand.” Clearly, that’s whom this hypersexual ad is targeting. After 41 seconds of face-to-meat, meat-to-bikini contact, 18–34-year-old straight men must be picking their jaws off the floor.

However, in a 2007 study conducted for the University College London by Ellie Parker and Adrian Furnham titled “Does Sex Sell?” According to the study, “There was no main effect of advertisement type on brand recall suggesting that the presence of sex in advertising does not assist memory for the advertisement.”

And, we have this from Psychology Today:

Does "sexing-up" advertisements or placing advertisements in sex programs work?
Post published by Adrian Furnham Ph.D. on Dec 13, 2013 in A Sideways View
Conclusion: Sex does not sell.

See, I told you if we waiting long enough, we would return to our Puritan Values... and all was not lost...

Because we are comparing Apples to Oranges as the saying goes...