How ISIS Makes Its Money 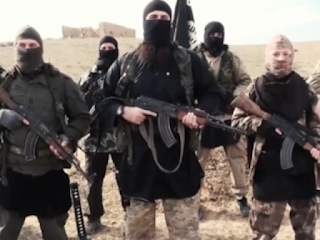 The recent terrorism attacks in Paris, which the Islamic State has claimed as its own work, suggest the terrorist organization hasn't been hurting for funding.

David Cohen, the Treasury Department's Undersecretary for Terrorism and Financial Intelligence, described the Islamic State last October as "probably the best-funded terrorist organization we have confronted" deep pockets that have allowed the group to carry out deadly campaigns in Iraq, Syria and other countries.


But where does the Islamic State get all this money?

It turns out that the group's methods of financing are very different from other prominent terrorist organizations, and much more difficult for the United States and other countries to shut down.

Unlike many terrorist groups, which finance themselves mainly through wealthy donors, the Islamic State has us its control over a territory that is roughly the size of the U.K. and home to millions of people to develop diversified revenue channels that make it more resilient to U.S. offensives.

Normally, U.S. efforts to cut off funding for terrorists focus on tracking and stopping the flow of funds through the international system.

Since 9/11, the United States, other countries, and international organizations such as the International Monetary Fund and the United Nations have set up initiatives to detect and stop the flow of funds to terrorists.

Leaders of the Group of 20 issued a statement on Sunday calling for better coordination to cut off funding channels to terrorist organizations, including exchanging information and freezing terrorist assets.

While the Treasury Department says these efforts have disrupted terrorist networks and saved lives, the Islamic State is a different animal.

The Islamic State often avoids international finance, instead generating and spending funds within its own territory or immediately along its porous borders.

"As for disrupting the revenue that ISIL generates from extortion and other local criminal activities, we recognize that Treasury’s tools are not particularly well-suited to the task," Cohen said in October, using another name for the Islamic State.       Read more: