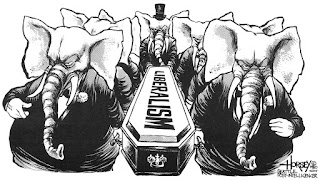 The GOP victory baffled many political observers in a state that, despite its conservative reputation nationally, often elects Democrats to local and state offices.

But with Bevin pledging to repeal and replace Kynect, the 400,000 Kentucky residents who qualified for Medicaid through the recent expansion may lose their coverage, as well as about 100,000 who obtained insurance through the state exchange.

The party retained control of the state Senate, despite the efforts of state Democratic leaders, including Gov. Terry McAuliffe, who fought tirelessly to turn some of the more competitive districts blue.

With both of the state's legislative chambers controlled by Republicans, McAuliffe faces an uphill battle in passing progressive legislation, such as his recent push for gun control laws.

In another victory for conservatives, voters in Ohio failed to approve a ballot measure that would have legalized marijuana, though most pro-marijuana advocates did not openly lend their support because it would have restricted marijuana production to a few wealthy individuals.

Email ThisBlogThis!Share to TwitterShare to FacebookShare to Pinterest
Labels: Conservatives