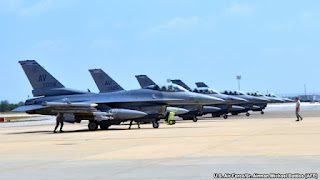 PENTAGON
Washington’s reluctance to risk civilian casualties in the U.S.-led air campaign against the Islamic State terror group is again being questioned as Iraqi forces, with the support of American air power, try to wrest control of the Iraqi city of Ramadi from IS.

After weeks of fighting on Ramadi’s outskirts, Iraqi security forces crossed the Euphrates River on Tuesday and moved on the city center, trying to oust an estimated 250-300 Islamic State fighters.

The area is said to be “tightly packed,” with many of the buildings and narrow streets most likely wired with booby traps and other improvised explosive devices.


The prospect of thousands of civilians, perhaps even tens of thousands, either trapped or being held as human shields means airstrikes could be few and far between.

“We won't strike if we think a strike is going to cause significant civilian harm,” Operation Inherent Resolve spokesman Colonel Steve Warren told Pentagon reporters from Baghdad this week.

Critics of the current U.S. rules of engagement, while not insensitive to civilian deaths, argue that type of policy is shortsighted.

“If you don’t want to clear out buildings using bombs and destroy them that way, you’re going to have to do it on the ground.

Civilians are going to be killed with gunfire and in artillery attacks,” said Bill Roggio of the Foundation for Defense of Democracies, a research and education group in Washington.

“You’re probably going to have a greater loss of Iraqi troops as well.

“What I think you have is the U.S. military and political leaders that are overly concerned about the optics more than the objective," Roggio said.

Others add that there are additional consequences of the reluctance to allow for civilian casualties from the use of U.S. air power.