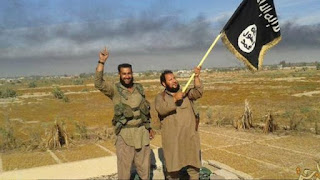 The recapture by Iraqi forces from so-called Islamic State (IS) of large parts of Ramadi marks the latest territorial setback for the jihadist group following its ejection from places like Tikrit, Sinjar and Baiji.

Despite the reversals though - and more than a year of pummelling from air strikes - IS has proven to be remarkably resistant.

It has recaptured some lost territories in eastern and central Syria, consolidated its hold over areas surrounding the northern city of Raqqa, and remains entrenched in Iraq's second city of Mosul.

Like the cases of the US troop surge of 2007, and the anti-insurgent "Awakening Councils" of Sunni tribesmen in 2007-2008 in Iraq, tactical victories have not translated into a strategic defeat of IS. And there are reasons for that.

Prioritization and centralization are two keywords.

"Daesh [Arabic derogatory acronym for IS] escalates and attacks… once every two months? [Syrian President Bashar al-] Assad and his… [allies] mass-bomb us every half an hour.

You calculate the [resulting] deaths," said a former rebel commander, who did not want to be identified.

If the priority of fighting President Assad among Syria's armed opposition is clear, the de-centralisation of the rebels' command-and-control structures can and will cause major setbacks in the US-led coalition's proposed strategy to counter IS.

Unfortunately, this is not the only problem.

Compared to the Taliban regime, which fell in a two-month campaign by Western-led strikes and de-centralised Afghan Islamist and secular rebel forces, IS proved to be more resilient.  And, its resilience is puzzling.


Militarily, the organization's strength and power ratios pale in comparison to its foes.
The US Central Intelligence Agency (CIA) estimated that IS had somewhere between 20,000 and 31,000 fighters.
Considering the Iraqi armed and security forces alone, this translates to at least an 8:1 power ratio.

This also excludes the Iraqi forces' allies, including Shia militias, Sunni tribal militias, Kurdish peshmerga forces, and a 60-plus state coalition with tens of thousands of sorties striking IS locations since September 2014.
The Mosul garrison of 30,000 Iraqi security forces fell to an IS-attack force estimated to comprise between 800 to 1,500 fighters.

The two Mosul-based Iraqi divisions outnumbered the attackers by at least 20-to-1.

In other areas, where IS has nominal control, such as north-eastern Sinai in Egypt, the power-ratio between government forces and IS loyalists is more than 500-to-1.

So far, IS survived more than 8,000 air strikes and the killing of more than 10,000 of its fighters since the beginning of the air campaign, according to the US defense department.

Still, the organization does not have major problems in recruitment and mobilization, especially after the coalition intervention.

Its response to the air strikes has been to disperse and conceal equipment and blend in with civilians when not directly under attack.