What is This Day? 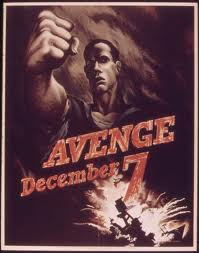 December 7 is the 341st day of the year (342nd in leap years) in the Gregorian calendar. There are 24 days remaining until the end of the year.

Just before 8 a.m. on December 7, 1941, hundreds of Japanese fighter planes attacked the American naval base at Pearl Harbor near Honolulu, Hawaii. The barrage lasted just two hours, but it was devastating: The Japanese managed to destroy nearly 20 American naval vessels, including eight enormous battleships, and almost 200 airplanes. More than 2,000 Americans soldiers and sailors died in the attack, and another 1,000 were wounded.

The day after the assault, President Franklin D. Roosevelt asked Congress to declare war on Japan; Congress approved his declaration with just one dissenting vote.

The attack on Pearl Harbor was a surprise, but Japan and the United States had been edging toward war for decades. 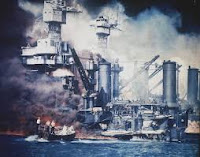 The United States was particularly unhappy with Japan’s increasingly belligerent attitude toward China.

The Japanese government believed that the only way to solve its economic and demographic problems was to expand into its neighbor’s territory and take over its import market; to this end, Japan had declared war on China in 1937.

American officials responded to this aggression with a battery of economic sanctions and trade embargoes.

They reasoned that without access to money and goods, and especially essential supplies like oil, Japan would have to rein in its expansionism. Instead, the sanctions made the Japanese more determined to stand their ground.

During months of negotiations between Tokyo and Washington, D.C., neither side would budge. It seemed that war was inevitable.


The single vote against Congress's declaration of war against Japan came from Representative Jeannette Rankin of Montana. Rankin was a pacifist who had also voted against the American entrance into World War I. "As a woman," she said, "I can’t go to war, and I refuse to send anyone else." 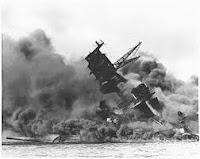 But no one believed that the Japanese would start that war with an attack on American territory. For one thing, it would be terribly inconvenient: Hawaii and Japan were about 4,000 miles apart.

For another, American intelligence officials were confident that any Japanese attack would take place in one of the (relatively) nearby European colonies in the South Pacific: the Dutch East Indies, for instance, or Singapore or Indochina.

Because American military leaders were not expecting an attack so close to home, the naval facilities at Pearl Harbor were relatively undefended. 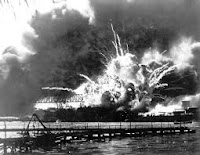 Almost the entire Pacific Fleet was moored around Ford Island in the harbor, and hundreds of airplanes were squeezed onto adjacent airfields.

To the Japanese, Pearl Harbor was an irresistible target.

The Japanese plan was simple: Destroy the Pacific Fleet. That way, the Americans would not be able to fight back as Japan’s armed forces spread across the South Pacific. On December 7, after months of planning and practice, the Japanese launched their attack.

But the Japanese had failed to cripple the Pacific Fleet. 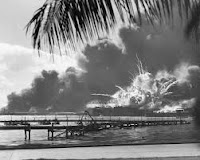 By the 1940s, battleships were no longer the most important naval vessel: Aircraft carriers were, and as it happened, all of the Pacific Fleet’s carriers were away from the base on December 7. (Some had returned to the mainland and others were delivering planes to troops on Midway and Wake Islands.)

As a result, the U.S. Navy was able to rebound relatively quickly from the attack.

“Yesterday,” President Roosevelt said on December 8, “the United States of America was suddenly and deliberately attacked.” He went on to say, “No matter now long it may take us to overcome this premeditated invasion, the American people in their righteous might will win through to absolute victory. I believe I interpret the will of the Congress and of the people when I assert that we will not only defend ourselves to the uttermost, but will make very certain that this form of treachery shall never endanger us again.” 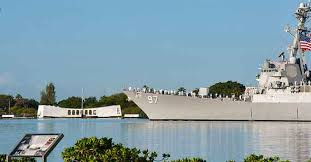 After the Pearl Harbor attack, and for the first time after years of discussion and debate, the American people were united in their determination to go to war.

The Japanese had wanted to goad the United States into an agreement to lift the economic sanctions against them; instead, they had pushed their adversary into a global conflict that ultimately resulted in Japan’s first occupation by a foreign power. 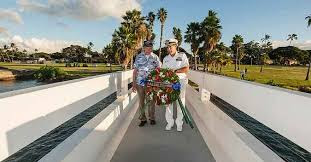 More than two years after the start of the conflict, the United States had entered World War II.

Email ThisBlogThis!Share to TwitterShare to FacebookShare to Pinterest
Labels: The Attack on Pearl Harbor