Having An Attitude Problem 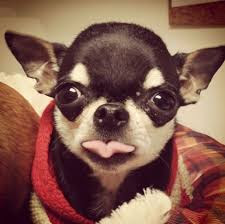 I HAVE AN ATTITUDE PROBLEM... towards ignorant, un-infomed, rude, and people who are prejudice, even if they are joking, especially in a crowd of people where most of them, they do not know.

My comments as a result of this attitude, make me sound angry, when actually, I am simply frustrated at their stupidity, careless and reckless behavior, and with their blatant rudeness towards those around them, where their only excuse is that they are oblivious to everything else except for what they are doing or what is on their minds.

Many of these people were raised in homes with appropriate morals and values that we consistently reinforced by their thoughtful parents, relatives, and/or guardians and which they demonstrated at home and most of the time when away from home as well, but which have slipped farther and farther behind their consciousness as time passes them by.

You can see this shitty behavior in:
And, those of us who know better, since walk around or avoid the disturbance as if it never happened, tacitly reinforcing the behavior each time we decide that is our best course of action.

There is no one group who can be blamed, because the behavior is across the board and is reflected in the following groups of people:
And, the fact that it is so wide spread among all aspects of our society, leaves me with the impression that it is either reflective or a by product of our current society as it has evolved since the 1950's, or about 65 years ago when it was not this way at all.

And, I know this for real because I was around 65 years ago, even though I was only about 3 or 4 years old... I could still observe and make mental connections with appropriate and inappropriate behaviors reflective of my parental training.

And, all these years later, I still display appropriate and proper behavior in all aspects of life and when I see something taking that is not properly displayed, it simply pisses me off big time, and my attitude grows bigger than my weight but not bigger than my bank account.

My wife, bless her heart, wants me to walk away from it... but, I have noticed recently that when it happens to her, she does not follow her own advice; however, she does follow it more than I do...

This morning, I was at the gym exercising as I have been doing for the last several months. I go for about an hour (give or take), Monday through Friday, and my arrival time varies between 9:30 am and 10:30 am when it is the least crowded; although, 11:30 am is a pretty good time as well, but that kills the day for me when I go that late.

So today, I was on this machine where I have to sit in a seat and raise my elbows up as high as I can get them (like a wing flapping duck I suppose) and while I am in the process of doing this, an older gentleman slips in between two machines with me on his immediate right in one machine and someone else to his immediate left in another machine, and asks me if I will stop my exercising so he can talk to his friend.

“HELL NO,” I say not looking at him, “you can damn sure wait until I have finished!”

He backed out ever so slowly and waited 60 seconds for me to finish my routine... I got up without looking at him and moved to the next machine on my exercising protocol. The more I thought about that the angrier I got and I did not give a damn how many people heard me say that.

While I was on my last machine, and reflecting a tad on what I had said and how I had said it, I wish that I had said, “Sir... why don't you go out there to the lady sitting behind the desk who is the morning manager for this gym and ask her for permission to interrupt my exercise routine so that you can bullshit with your friend about some bullshit topic?” But, that might have made him mad and we would want that to happen, now would we?

So... yes... I have an ATTITUDE PROBLEM... and, the older I get the worse my attitude gets and the more intolerant that I find myself becoming with these types of people... I mean, who the hell do they think they are in the first place?

TURN THE OTHER CHEEK... you say... well perhaps, years ago I would be willing to do that, but it is not that easy anymore. And yes, I do know that there is quite a bit of strength and power in being submissive... in fact, the dominate person, is only dominate because the submissive gives that person the right to have that power in the first place. So, the submissive is the one who is actually in control.

Still, I suppose that if the truth be known, and in a moment of weakness, I might, just might mind you, admit that perhaps I maybe should not have phrased it exactly how I phrased it or use the harsh tone that I (no doubt) used when expressing my opinion and answer.

No wonder people in charge feel the need to control the masses the way that they do... it really makes a lot of sense to me now... even though, I would never submit to their control... I can see how others should be forced to do so. Still, I wonder in a reflective way these days, if we, as a society, should spend more time with those among us who have never been exposed to these manners.

But, why should we care about them... and their lack of manners when those who have been given manners, eventually forsake their manners?

I HAVE AN ATTITUDE PROBLEM... and, as long as others act the way they do, then I see no reason why I should work on improving my attitude.