It Was Suppose to Happen This Way 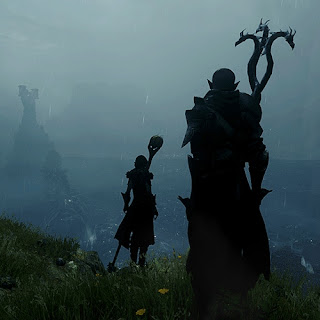 Time is the indefinite continued progression of existence and events that occur in apparently irreversible succession from the past through the present to the future.

Time is a component quantity of various measurements used to sequence events, to compare the duration of events or the intervals between them, and to quantify rates of change of quantities in material reality or in the conscious experience.

Time is often referred to as the fourth dimension, along with the three spatial dimensions.

Time has long been a major subject of study in religion, philosophy, and science, but defining it in a manner applicable to all fields without circularity has consistently eluded scholars. Nevertheless, diverse fields such as business, industry, sports, the sciences, and the performing arts all incorporate some notion of time into their respective measuring systems.

The passage of time can then be compared to both these wheels with the obviously understanding that time revolves faster with the inner spoke wheel than it does with the outer wheel but only when we measure time relative to both wheels.

Once we can agree to this stipulation regarding the passage of time at these two measuring points, then we can safely assume as well that as the passage of time on earth takes place from moment to moment, day to day, week to week, month to month, year to year, decade to decade, and century to century that what happens on earth is exactly what was supposed to happen on earth, otherwise it would have unfolded differently, thereby happening differently, and it did neither differently: unfolded or happened.


ENLIGHTENED as we all think that we are both collectively and individually, we still do not understand, see, or accept that our world, earth, and all its inhabitants have been for centuries, doing exactly what they should have been doing with no variations at all in whatever it was that they did.

That is to say, whatever historically that happened was, in fact, supposed to happen, and no one could have stopped or changed the outcome, because if there had been a different outcome than there was, then that outcome was supposed to have happened.

This is not an easy revelation to accept but it is one that, to me, is obvious. At 68 years old, I sit here at my glass desk and write reflectively about my thoughts and observations (both past and current), and I often wonder how might my life turned out if I had done things differently.

But then, I also realize that no matter how I had lived my life that it turned out exactly as it was supposed to have turned out... therefore, any reflections or concerns that I might could have done something differently, are completely irrelevant.

Our lives have been previously programmed through our genetic DNA to do exactly what it is or was that we did or will do, and that this takes place regardless of what we might think or want or wish might have happened to us later on in life.

For instance, if you believe that mankind and its technological progresses caused Global Warming and Global Warming does, in fact, descend upon earth, then this is exactly what was supposed to have happened here on earth.

Maybe all of this happens the way it does because of our free will or maybe we do not have any free will but whether we do or not is again, irrelevant because whatever is supposed to happen will happen. And, it does not matter if some of us “give up” because of this reality because that was supposed to have happen that way anyway.

I guess this is why many of us say that we would not have lived our lives any other way, other than the way that we did... our awareness of reality comes to all of us at a certain age... but, until then, we think that we are completely in charge of our future and of our destiny.

I lived all of my life without the slightest realization that the last three years of my working career would be spent teaching Business classes at a Christian University in East Tennessee. And, I never once prepared myself for that to happen in the sense that I set about to make it happen, exactly at that time in my life, and yet, it did.

Maybe you agree with me and maybe you do not agree with me... and, quite honestly, I do not give a damn... because I know that your life too is happening exactly as it was meant to happen and that this is also taking place with or without your help. And, I also know that one day you will see it too.