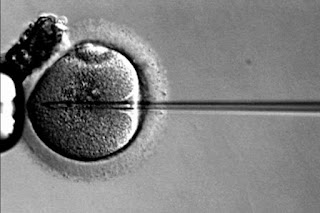 Parents were told he was healthy and well-educated. But he was a troubled man with multiple diagnoses of mental illness and a felony conviction. And his sperm is believed to have been used to conceive at least 36 children in Canada, the US and Britain.

Now three Canadian families have launched lawsuits against US sperm bank Xytex and its Ontario distributor, Outreach Health, alleging they were misinformed about their sperm donor.

Families learned the donor’s real identity in 2014, after Xytex, inadvertently and in a breach of confidentiality, included his email address in an email to them.

A Google search brought to light some shocking information about their donor.

They discovered that Donor 9623 was James Christian Aggeles of Georgia and that he was diagnosed as having schizophrenia, narcissistic personality disorder, drug-induced psychotic disorder and significant grandiose delusions.

Aggeles committed a residential burglary in 2005 and spent eight months in jail. He dropped out of college and just last year graduated with a bachelor’s degree.

However, the families had been told Donor 9623 had an IQ of 160, an undergraduate degree in neuroscience and a master's degree in artificial intelligence — and that he was pursuing a PhD in neuroscience engineering.

They allege that Xytex and Outreach Health continued to promote and sell the donor’s sperm even after the sperm bank had been informed he was nothing like the man advertised on his online profile.

One of the parents involved in the lawsuit is Angie Collins. She has sympathy for the donor.

“My heart goes out to him,” said Collins in an interview with CBC’s "As It Happens" earlier this week.

“This can't be easy to deal with. [It was a] poor choice, though, to knowingly donate sperm when you contain genetic material for debilitating illnesses, but he wasn't healthy at the time that he was making these decisions.”

In the US, sperm donors are paid for their services. But in Canada, the Assisted Human Reproduction Act — passed in 2004 — makes it illegal to pay donors.

Xytex’s President Kevin M. O’Brien posted this open letter on the company website. In it he disputes the claim that the company misrepresented the donor:

"In this case, the donor underwent a standard medical exam and provided extensive personal and health information. He reported a good health history and stated in his application that he had no physical or medical impairments," O’Brien states. This information was passed on to the couple, who were clearly informed the representations were reported by the donor and were not verified by Xytex.”

The families are seeking $12 million in damages.