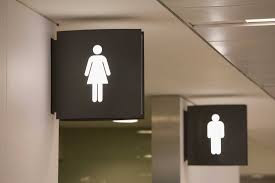 The latest front in the culture wars is now a bathroom stall.

The raging debate over whether transgender people should be forced to use bathrooms of their gender at birth is acutely playing out within the GOP, and it’s now become a central topic on the presidential campaign trail.

Social conservatives see Big Business, once a close ally, becoming a pawn of the left, as they join forces to convince Republican governors that anti LGBT bills will kill their economies.
For Trump, the consummate businessman, it’s the chance to highlight the identity crisis of his adopted party.

“I will tell you. North Carolina did something that was very strong. And they’re paying a big price. There’s a lot of problems,” Trump observed on NBC’s “Today” show recently, saying that he agreed with remarks from a commentator he did not name who said North Carolina should leave its laws as they are.

Alluding to businesses that have left the state or canceled plans to expand after North Carolina passed a law in March banning transgender people from using the facilities of their choice, Trump called it reason enough to “leave it the way it is.”

“There have been very few complaints the way it is. People go. They use the bathroom that they feel is appropriate,” Trump said. “There has been so little trouble. And the problem with what happened in North Carolina is the strife and the economic — I mean, the economic punishment that they’re taking.”

“As transgender bathroom issue emerges in GOP nomination race, am I only 1 wondering how this stuff would b enforced ... Bathroom Stall Police?”, tweeted Florida-based GOP strategist Ana Navarro, echoing other top Republicans in recent weeks who have dismissed the issue as, at best, a distraction and, at worst, discriminatory.

But the main deterrence for Republican governors seems to be financial.

Before North Carolina, there was South Dakota. Last month, Republican Gov. Dennis Daugaard vetoed his own state Legislature’s bill to mandate that kids in public schools use the bathroom and locker room corresponding to their biological gender after hearing from local business groups and banks.  Read more:

Email ThisBlogThis!Share to TwitterShare to FacebookShare to Pinterest
Labels: LGBT