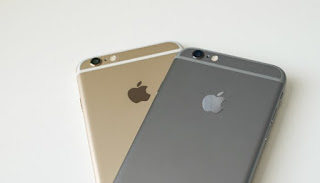 For the first time in more than a decade, Apple reported a year-over-year decline in quarterly revenue.

Wall St analysts say it’s because of weak iPhone sales, which is certainly true—Q1 saw sales of 51.2 million iPhones compared to 61 million in Q1 2015.
But Apple’s poor performance is only a symptom of a much larger problem: its marketing has become as stale as moldy bread.

Apple was once the pinnacle of branding. It released meaningful ads—like this one and this one—that challenged consumer behavior and drove sales.

That success, in large part, was due to its old marketing team at TBWA/Chiat/Day (the agency and Apple began to split ways in 2014).

The agency focused on telling Apple's story in a meaningful way that resonated with target consumers.

They strayed away from selling Apple products through product features and competitive advantages.

Email ThisBlogThis!Share to TwitterShare to FacebookShare to Pinterest
Labels: Apple