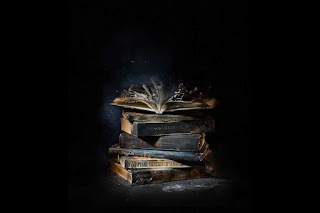 During his 18 years as president of Lebanon Valley College during the middle of the past century, Clyde Lynch led the tiny Pennsylvania liberal arts institution through the tribulations of the Great Depression and World War II, then raised $550,000 to build a new gymnasium before he died in 1950. In gratitude, college trustees named that new building after him.

Neither Lynch nor those trustees could have predicted there would come a day when students would demand that his name be stripped from the Lynch Memorial Hall because the word lynch has “racial overtones.” But that day did come.

When playwright Eve Ensler wrote The Vagina Monologues, which premiered in 1996 and has been performed thousands of times by actors, celebrities and college students, she probably did not foresee a day when a performance of her feminist agitprop would be canceled because it was offensive to “women without vaginas.”

And yet that day did come—at Mount Holyoke, one of the nation’s premier women’s colleges.

Graduates of the Class of 2016 are leaving behind campuses that have become petri dishes of extreme political correctness and heading out into a world without trigger warnings, safe spaces and free speech zones, with no rules forbidding offensive verbal conduct or microaggressions, and where the names of cruel, rapacious capitalists are embossed in brass and granite on buildings across the land. Baby seals during the Canadian hunting season may have a better chance of survival.


Their degrees look the same as ever, but in recent years the programs of study behind them have been altered to reflect the new sensitivities.

Books now come with trigger warnings—a concept that originated on the internet to warn people with post-traumatic stress disorder (veterans, child abuse survivors) of content that might “trigger” a past trauma. Columbia’s English majors were opting out of reading Ovid (trigger: sexual assault), and some of their counterparts at Rutgers declined an assignment to study Virginia Woolf (trigger: suicidal ideation).

Political science graduates from Modesto Junior College might have shied away from touching a copy of the U.S. Constitution in public, since a security guard stopped one of them from handing it out because he was not inside a 25-square-foot piece of concrete 30 yards away from the nearest walkway designated as the “free speech zone”—a space that needed to be booked 30 days in advance. Read more:
at 8:00 AM