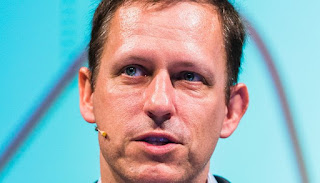 It is one of the most sensationalist and objectionable media outlets in the country.

It also has not been kind to me. So it’s not a company that I would expect to be defending.

But I worry that the battle that billionaire Peter Thiel has clandestinely been waging against it will be damaging to Silicon Valley by furthering distrust of its motives.

For better or worse, Gawker is entitled to the same freedom as any other news outlet.

If it crosses the line, as it likely did with wrestler Hulk Hogan, the courts should deal with it.

Silicon Valley’s power brokers should not get involved because they have access to resources that rival those of governments.

They can outspend any other entity and manipulate public opinion.

Silicon Valley has more than an unfair advantage; its technologies exceed anything that the titans of the industrial age had.

These technologies were built on the trust of the public — and that is needed for an industry that asks customers to share with them with literally every part of their lives.

This enormous influence should come with restraint and an understanding that those with power will be scrutinized — sometimes unfairly and unjustly.

What some may find particularly troubling is that Peter Thiel is on the board of Facebook — which has become the world’s most influential media platform.

Facebook decides what news a billion people will see and controls a significant portion of the traffic to leading news websites.

Publications’ entire businesses can, be wiped out based on a change in its algorithm.

Thiel is also chairman of the board of security firm Palantir Technologies, which provides intelligence data to the CIA and FBI, and an investor in many other powerful technology firms.

Email ThisBlogThis!Share to TwitterShare to FacebookShare to Pinterest
Labels: Journalism