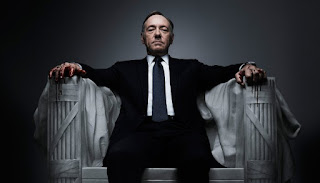 Most companies fail - that’s a well known fact. It’s the underlying reasons that are misunderstood.

Their Core offering is what pushed them past an “idea” and into a business.

The killer for businesses is the challenge around building and scaling the mission Critical technologies that connect product with customers.

Netflix is an excellent example of a company that identified its Core and leveraged that knowledge to succeed.

Ask anyone and they will say what they love about Netflix are things like “Convenience”, “Variety”, “House of Cards”.

Early on, Netflix understood that.

It also understood that streaming quality was something not Core for their business, but still Critical.

If the delivery is anything short of seamless, then the experience is ruined.

But it’s House of Cards, the content, that the customers pay for!

Customers don’t care how House of Cards gets to them, so long as they can watch it anytime, anywhere.

For Netflix, the realization was that the streaming technology itself was not Core to their business, but still Critical.

Instead of enduring a costly and distracting build out of proprietary streaming infrastructure, Netlfix turned to Amazon Web Services (“AWS”).

Netflix realized that AWS was already fast, stable, and secure.

By shifting resources away from the Critical to the Core, Netflix was able to further its lead in things like usability and content selection.

It also doubled down on its willingness to offload the Critical by partnering with companies like Toshiba and Panasonic to bring Netflix-ready devices to market.

In turn, by focusing investments on their Core, Netflix enabled themselves to to get into the content production side of the business.


In other words, Netflix decided its strength was customer relationships and content. It outsourced Critical to remain focused on Core.     To read the entire article, click here

Email ThisBlogThis!Share to TwitterShare to FacebookShare to Pinterest
Labels: business