What Twitter's latest board member can teach us about diversity myths 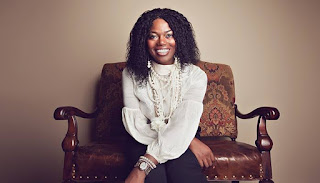 The news that Debra Lee, the chairman and CEO of BET, joining Twitter's board couldn't have come without courageously defiant people like software engineer Leslie Miley who made national news when he left his job at Twitter citing frustration over the company's approach to diversity.

Inclusion is an inescapable and necessary consequence of a global economy; it’s becoming impossible for companies to flourish without diverse organizations that reflect their consumer base.

Industry leaders such as Facebook, Apple and Samsung are all looking to underrepresented markets for the next wave of growth as they saturate traditional markets.

PwC’s Cities of Opportunity indicates that the highest growth in media and entertainment consumption will come from places like Johannesburg, Mumbai and Nairobi.

Diversity is endowed with tremendous powers to open new markets, unearth novel innovations, create economic impact and social change, so why does it continue to remain so illusive?

A report from The Diane Project indicates that more than 97% of the billions of venture funding went to companies with male CEOs; leaving a mere 3% in funding for women-headed companies.

This hits very close to home for me.

People are shocked when they learn of the difficulty I'm having getting my company CEEK VR funded, in spite of the fact that we are a revenue generating virtual reality distribution platform used by industry giants such as Universal Music, Nicklaus Children’s Hospital, Berkshire Hathaway’s Richline just to name a few.

In addition to the great traction we've seen, my team and I have proven results.

I've created several industry transforming technologies used by the likes of Lucas Films, 20th Century Fox, Clear Channel, Microsoft’s XBOX, Tribune News Company etc, so the question is why are women-headed companies such as mine still facing these challenges?


To read the entire article, click here
at 8:00 AM