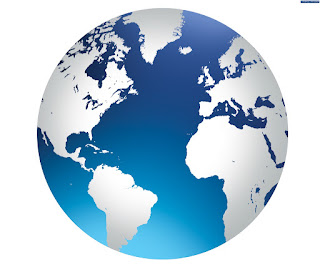 International mostly means something (a company, language, or organization) involving more than a single country.

The term international as a word means involvement of, interaction between or encompassing more than one nation, or generally beyond national boundaries.

The term international was coined by the utilitarian philosopher Jeremy Bentham in his Introduction to Principles of Morals and Legislation, which was printed for publication in 1780 and published in 1789.

Bentham wrote: "The word international, it must be acknowledged, is a new one; though, it is hoped, sufficiently analogous and intelligible.

It is calculated to express, in a more significant way, the branch of law which goes commonly under the name of the law of nations. The word was adopted in French in 1801.

Thomas Erskine Holland noted in his article on Bentham in the 11th edition of the Encyclopedia Britannica that "Many of Bentham's phrases, such as 'international,' 'utilitarian,' 'codification,' are valuable additions to our language; but the majority of them, especially those of Greek derivation, have taken no root in it."

BUT... THE WORLD IN WHICH WE LIVE IS MORE GLOBAL THAN INTERNATIONAL...

Globalization (or globalisation) is the process of international integration arising from the interchange of world views, products, ideas and other aspects of culture.

Advances in transportation, such as the steam locomotive, steamship, jet engine, container ships, and in telecommunications infrastructure, including the rise of the telegraph and its modern offspring, the Internet, and mobile phones, have been major factors in globalization, generating further interdependence of economic and cultural activities.

Though scholars place the origins of globalization in modern times, others trace its history long before the European Age of Discovery and voyages to the New World. Some even trace the origins to the third millennium BCE. Large-scale globalization began in the 19th century.

In the late 19th century and early 20th century, the connectivity of the world's economies and cultures grew very quickly.

The word globalization is a very recent term, only establishing its current meaning in the 1970s, which "emerged from the intersection of four interrelated sets of "communities of practice": academics, journalists, publishers/editors, and librarians".

In 2000, the International Monetary Fund (IMF) identified four basic aspects of globalization: trade and transactions, capital and investment movements, migration and movement of people, and the dissemination of knowledge. Further, environmental challenges such as global warming, cross-boundary water and air pollution, and over-fishing of the ocean are linked with globalization.


Global warming and climate change are terms for the observed century-scale rise in the average temperature of the Earth's climate system and its related effects. Multiple lines of scientific evidence show that the climate system is warming.

Although the increase of near-surface atmospheric temperature is the measure of global warming often reported in the popular press, most of the additional energy stored in the climate system since 1970 has gone into ocean warming.

The remainder has melted ice and warmed the continents and atmosphere. Many of the observed changes since the 1950s are unprecedented over tens to thousands of years.

The Intergovernmental Panel on Climate Change (IPCC) reported in 2014 that scientists were more than 95% certain that global warming is mostly being caused by human (anthropogenic) activities, mainly increasing concentrations of greenhouse gases such as carbon dioxide (CO2).

Human-made carbon dioxide continues to increase above levels not seen in hundreds of thousands of years: currently, about half of the carbon dioxide released from the burning of fossil fuels is not absorbed by vegetation and the oceans and remains in the atmosphere.


Global Poverty is general scarcity, dearth, or the state of one who lacks a certain amount of material possessions or money.

It is a multifaceted concept, which includes social, economic, and political elements. Poverty may be defined as either absolute or relative.

Absolute poverty or destitution refers to the lack of means necessary to meet basic needs such as food, clothing and shelter.

Relative poverty takes into consideration individual social and economic status compared to the rest of society.

Of more importance is the modernization of agriculture, such as fertilizers, to provide enough yield to feed the population.

Responding to basic needs can be restricted by constraints on government's ability to deliver services, such as corruption, tax avoidance, debt and loan conditionalities and by the brain drain of health care and educational professionals.

Poverty reduction is a major goal and issue for many international organizations such as the United Nations and the World Bank.

Nevertheless, given the current economic model, built on GDP, it would take 100 years to bring the world's poorest up to the previous poverty line of $1.25 a day.

Extreme poverty is a global challenge; it is observed in all parts of the world, including developed economies.

UNICEF estimates half the world's children (or 1.1 billion) live in poverty.

It has been argued by some academics that the neoliberal policies promoted by global financial institutions such as the IMF and the World Bank are actually exacerbating both inequality and poverty.

Global education is a complex idea that is taught to enhance ones meaning of the world. Global Education is typically taught within the curriculum.

Teachers of Global Education will integrate multiple dimensions, perspectives, and citizenships into the everyday lessons.
Students learning to be global citizens through global education will be able to learn more about international communities, social justice issues, global events, and international ideas in their typical classroom setting.

Global Education will shape the way people view the world to help better shape the world. It will foster service learning initiatives and activism within the community and around the world.

The Global Terrorism Index (GTI) is an attempt to systematically rank the nations of the world according to terrorist activity.

The index combines a number of factors associated with terrorist attacks to build an explicit picture of the impact of terrorism over a 10-year period, illustrating trends, and providing a data series for analysis by researchers and policymakers.

It is the product of Institute for Economics and Peace (IEP) and is based on data from the Global Terrorism Database (GTD) which is collected and collated by the National Consortium for the Study of Terrorism and Responses to Terrorism (START) at the University of Maryland. The GTD has codified over 125,000 cases of terrorism.

Email ThisBlogThis!Share to TwitterShare to FacebookShare to Pinterest
Labels: global