The Caucasian Dark Hands of America 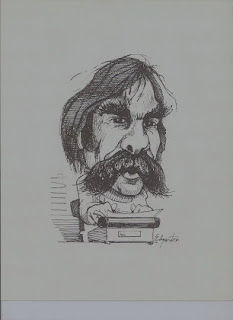 Here is where Hillary Clinton stands on 12 issues:

Here is where Donald Trump stands on various issues:
Yes, it is true that Trump has a list that is two and a half times longer than the list of Hillary, but Trump has gotten rather specific on some issues (2016) and Clinton seems to be following a variation of Democratic Party Lines which gives me the impression that it is not really her actual beliefs at all... although, I could be wrong here.
Trump, on the other hand, lays out how he feels, and articulates those feelings in a way that are not consistent with Republican Party Values and/or beliefs.


Who is answering that question?


Personally, I do understand that the rest of the world is not even close to our standard of living and that the world is full of poverty, poor health conditions, and in need of water and food, but is not the sovereign right of those countries in which those people live to take care of them or to not take care of them? And, if that is something that we all believe, then why should any part of America be over there helping out, especially when they do not really want our help?


Do, we really have a responsibility because of who we are and what we have to take care of the rest of the world... when there are absolutely no other countries in the world that share those same feelings to the point that they will help us with money, people, and resources.


Sadly, we sent people out around the world to help other countries when the irony is that we cannot even help ourselves these days solve our own problems.


Globalization, for instance, was not to help the American people directly (although it has helped indirectly), it was specifically designed and entered into by President Reagan and Prime Minister Margaret Thatcher as a methodology for making our companies wealthier than they already were by focusing on selling goods and services to the rest of the world which included providing employment so that they could purchase these goods and services that were being offered.

Americans then stood around with their heads up their asses because they did not have anywhere else to put them... and, still don't for that matter.


So, when you look at these two candidates for President of our country, let me suggest that you vote for the one that will take the best care of the American People... and, it really does not matter if that preferred candidate withholds information or if they are not willing to be politically correct... because what really matters is that which is ultimately done for the American people as a whole.


And, if and when any of this starts to happen for sure, mankind will be so far advanced technologically that all of these issues will be easily solved.

Global Cooperation MUST take place in order to achieve Global Survivability!!! And, survival is the only motivational factor that we need to fully understand and appreciate... and, that motivation will kick in automatically, as our species as a whole is ever threatened... so, take pause there my friends.

The American People need a political ally, because neither the Democrats nor the Republicans care about the middle class or about the average US citizen anymore... and, it is highly doubtful that they ever did... not even in 1776, when we declared our independence from Great Britain. Our Founding Fathers, created a Democratic Republic, not a Democracy, because a Democratic Republic was in a better position to control the masses. And, these same Founding Fathers created The Electoral College that officially elects the President of the United States not the people in the general election.