Under the Sheets Reporting 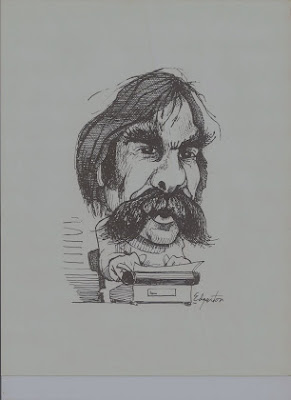 America... my nation of birth... and, my most recent best friend... has, unfortunately lost her way amid the debris of both black and white bodies laying dead in cities across our nation... and, for what reason did these people pay the ultimate price?

What makes a person so angry and so fearful of another man that they would take their life away, either in a face-to-face confrontation or from a distance with a sniper's rifle?

Either way, the life is lost forever...

America... my nation of birth... and, my most recent friend... has, unfortunately lost her way in that she has presented TWO LOSERS to the general public for consideration to the office of President and in so doing, has forever sealed our fate with a total mockery of the Presidential Election Process in this country.

We were ok when we elected lying politicians to office because we knew from whence they were coming and from whence they could be bribed or altered in their way of thinking by leveraging the next election... but, now we have two pretend politicians both of whom are in favor of big government as a methodology for implementing their foolish and almost embarrassing policies that would ultimately result in global inequality on a global scale.

Opening the door to CHINA, RUSSIA, INDIA, OPEC and a few more that we just don't know about yet...

But, in this process of insanity, we quite easily hand over our economic birthrights and freedoms as we slip down a rung or two on this dubious ladder of global status, then ultimate decay.

America outgrew it's training potty decades ago and has been defecating in other people's backyards ever since without the slightest interest in what they think or in possible retaliations... as, no one bites the hands that shits on the face of that society... at least, not until now.

Lay at the feet of all Americans who are old enough to feed themselves with eating utensils and what we see is not what we eat but what we eat is what we see... and, it is through that nourishment that differences in our differences start to manifest themselves in obvious ways, some of which we acknowledge while others we do not.

Bands of brothers (and sisters) die for naught... in the muddy swamps of another country who could care less which nation is dying to protect them... because just as soon as the smoke clears, their one main and central enemy will always be America and all those silly infidels who try to help America with it claim to fame of destroying those who are no military match for it at all... yet, destroy it all we do but in the name of Democracy and our God Given Right To Do So... acknowledging that no other gods before it now stand or will ever stand in front of it again.

The air appears cleaner now... have you noticed?

We are the righteous hand of God, here on earth and we bow down to no one... no until every last one of our weapons has been taken from us and we have nothing left to do but shit in our pants because we did not think it would ever be possible.

Lives lost with nothing gain will be our new motto... as we cast future votes for the office of President and maybe the people will remember and maybe they will not, but who cares about the people anyway, at least no one in my immediate future anyway.

America... my nation of birth... and, my most recent best friend... has, unfortunately lost her way and I want to feel sorry for her but I cannot... because, her people do not know... life around them or life around other parts of the world as they do not pay any attention at all to the news...

How sad is that?

And, we are not just talking about the children here but mainly about their parents... which makes our plight even more serious than anyone expected; yet, that is exactly what they expected so that no one will pay attention to what is really going on.

And, what is that exactly? Well, it is certainly not a conspiracy theory, I'll tell you that much.

I went to a Garden Party the other day, but not the one that Ricky Nelson wrote and sung about as this one was much, much different... and, those people in attendance at this Garden Party, easily placed themselves into two areas of thought without the slightest bit of encouragement...
Those who had
Those who had not

It was just as robotic and mechanical as the sun rising and setting each day in predictable patterns and locations, as if something else might have been expected... but, was not fulfilled or did not happen.

So, how does America deal with that? Or, does she ever want to deal with that since no one really wants equality... at least, not across the board as that would lower everyone's standards... and, is easily demonstrated by the following:
let's suppose that I have a College Class in Management numbering 30 students who I have taught before and I know that among these 30 students that there are going to be 2 A's, 5 B's, 16 C's, 5 D's, and 2 F's no matter what effort I put forth in the classroom. Therefore, at the start of this class, I tell the entire class that in an effort to create equality in the classroom as far as grades are concerned, I am going to take all the points away from the A and B students and give them to the D and F students so that all 30 students at the end of the course will be give a grade of C.