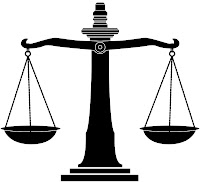 “…one nation under God…” was added to the Pledge of Allegiance in 1954 when legislation was passed by Congress and signed into law by President Eisenhower, the General of WWII fame.  After WWII, every viable economy in the world had been destroyed except for the economy of America who now had the responsibility to “grow” the rest of the world, and it did so for the next 30 years with remarkable success; in fact, the success was so great that other countries of the world began to serious compete with America and some were actually building products better than America.
Our political was managed by 2 parties, the Democrats and the Republicans that basically wanted America’s success to continue but had 2 different approaches as to how that success should happen.  However, somewhere in flight, the eagle lost its way and while America’s economic success continued its rise, all the interaction of forces that precipitated that rise began to intermingle and become self-distorting.  The white-headed eagle had been caught and tethered, gradually becoming less and less responsible to those who at one time had made her great with their blood, sweat, and tears.
For 200 years (1776-1976), America was a land of hope and opportunity but for only 22 years was she a nation under God and it is shortly after that proclamation that she began to drift.  Our Founding Fathers were willing to risk their lives over that in which they believed and created a country, that in the beginning cared and took care of each other; making a little bit of a profit so support growth and always taking chances regardless of the political or business climate.

Email ThisBlogThis!Share to TwitterShare to FacebookShare to Pinterest
Labels: personal

My two cents? It all started when this country began to align itself with the word "god" The founding fathers went to great lengths to make sure the state and the church were separate, and for good reason. Once the word "god" was inserted in the pledge, politicians began to align themselves with that word, holding it up as an example. People use the word "god" primarily to advance their own personal agendas. Unfortunately, eventually, members of our government began to do the same to advance their own political agendas. Take the word out and maybe we can get back to civility.

The One Nation Under God was inserted by a member of the Sons of the American Revolution, who happened to be an attorney and not a politician. There was nothing political in his motivation to do this. It was in fact his belief that our founding fathers have a great reverence for God and he also remembered a speech by Abe Lincoln which prompted this idea. In fact our founding fathers and earlier presidents made more references to God than current political figures do. Other than the ever present speech ender "And may God bless America".
Terry's point is that people use the word god to promote personal agendas is so very true and not just in America but across the world and throughout time. Probably the most abused liberty we know. However we must not assume that everyone using a reference to God as being an abuser.
What has changed in America has nothing to do with God, other than perhaps our current trend to drift from God and all that is good. Everyone's focus used to be on a better future. Now the focus is only on "now". We have said to hell with the future and so it will be.