As a Vietnam Era Veteran and a former member of the NRA, I find myself at odds with the 2nd Amendment and I am fully cognizant of the fact that my beliefs will not endear me to a majority of Americans nor will it endear me to a majority of the rest of the world that is equipped with a “gun toting” mentality including most Christians that I believe forgivingly contradicts their Christian beliefs, but that argument is for another day.
So, let’s set the stage for the Bill of Rights and the writing of the 2nd Amendment.

You had just surprised the world by defeating and winning independence from the most powerful country in the world and the last scenario that you ever wanted to play out would be to have to do it again because your act, if you had lost, would have been considered treason.
So, now, let’s look at the chronology of documents preceding the Bill of Rights and the writing of the 2nd Amendment.
July 4, 1776 à  Declaration of Independence
2nd paragraph


We hold these truths to be self-evident, that all men are created equal, that they are endowed by their Creator with certain unalienable Rights, that among these are Life, Liberty and the pursuit of Happiness. —That to secure these rights, Governments are instituted among Men, deriving their just powers from the consent of the governed, —That whenever any Form of Government becomes destructive of these ends, it is the Right of the People to alter or to abolish it, and to institute new Government, laying its foundation on such principles and organizing its powers in such form, as to them shall seem most likely to effect their Safety and Happiness. 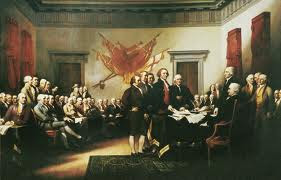 
Articles of Confederation and perpetual Union between the states of New-hampshire, Massachusetts-bay, Rhodeisland and Providence Plantations, Connecticut, New-York, New-Jersey, Pennsylvania, Delaware, Maryland, Virginia, North-Carolina, South-Carolina and Georgia.  Article I through Article XIII
17 September 1787 à  Constitution ofthe United States
We the people of the United States, in order to form a more perfect union, establish justice, insure domestic tranquility, provide for the common defense, promote the general welfare, and secure the blessings of liberty to ourselves and our posterity, do ordain and establish this Constitution for the United States of America.  Article I through Article VII
1789/1791 à  Ten Amendments: The Bill ofRights
Passed by Congress September 25, 1789.


A well regulated Militia being necessary to the security of a free State, the right of the people to keep and bear Arms shall not be infringed.
15 years, 4 months, and 11 days after the Declaration of Independence was written and approved by those who had committed treason against Great Brittan, the Bill of Rights, including the above 2nd Amendment was ratified and became the “laws of the land.”  15 years is 4 Presidential terms and a lot can happen, as you well know.


Let me draw you a comparison here: Last year, we celebrated and honored those who had been killed in the terrorist attack on the Twin Towers in New York City.  Most of what happened in 2001 was forgotten and taken for granted 2-3 years after it had happened and we continued our “life as normal” routines.
There are three predominant interpretations of the Second Amendment: 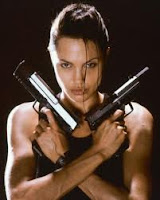 For me, there is another interpretation and that is:  Does the 2nd Amendment pertain to an individual’s right or does it pertain to a collective right?

But, I am even more concerned over the phrase:  …security of a free State…

Thomas Jefferson, you may recall, was sent to France to solicit support for our Revolution but was delayed by his propensities for whoring and drinking, but that’s a story for another day as well. 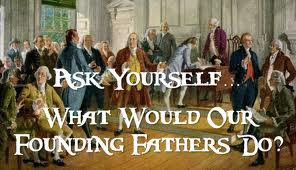